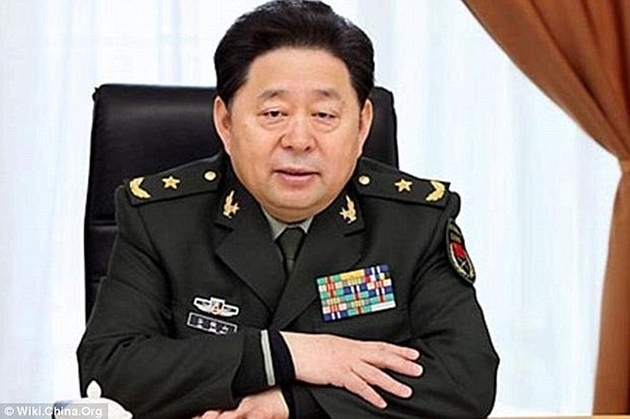 BEIJING, China - Former senior military officer Gu Junshan in China has been given a suspended death sentence for his alleged involvement in corruption in the country's armed forces.

Gu, 58, a former lieutenant-general and deputy logistics chief of the People's Liberation Army, was tried behind closed doors due to the existence of "military secrets" in his case.

He was convicted of embezzlement, abuse of power, bribery and the misuse of state funds, China's Defence Ministry announced Monday evening.

Gu was first charged last year and became the first senior military figure to fall foul of the targeted campaign seen by Chinese leaders as a key step to modernize and invigorate a military that had become encumbered by pervasive graft.

He was investigated more than three years ago as he owned dozens of apartments in central Beijing, and his mansion in Puyang in the central province of Henan housed several gold art pieces.

The recent months have seen the downfall of other even more senior military figures including Guo Boxiong, a former vice-chairman of the Central Military Commission, and Xu Caihou, who held the same rank.

Xu died in March of cancer, government officials said, after confessing of his corruption-related crimes.

All three disgraced military officials were said to have engaged in the widespread practice of accepting bribes in exchange for aiding promotions effectively 'buying and selling' military ranks and the perks and patronage that came associated with them.

"For leading cadres at all levels, this is a profound warning to remember that the 'perks' given to you today are just the 'bomb' that will destroy you tomorrow," a commentary carried on the Chinese Defence Ministry website said.

Gu, in particular, became notorious in China after state media reported the vast cache of gold bars, jewelry, expensive artwork and liquor hidden in his basement.

The apparent desire to step up the military purge comes with an increasing desire to project a powerful and modernised armed forces as tensions heighten in the disputed waters of the East and South China Seas.