China paces ahead with capital investment of $11 billion in Central, Eastern Europe 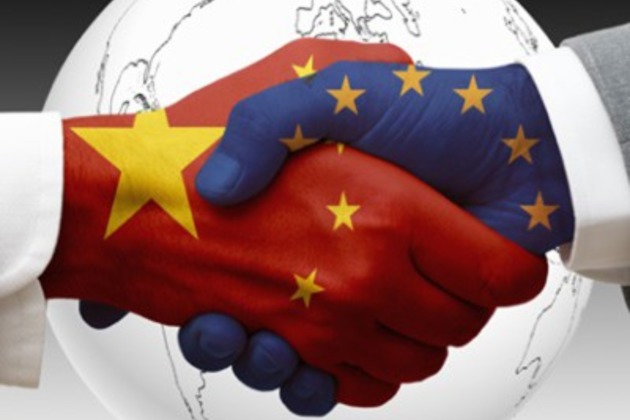 BEIJING, China - On Sunday, Industrial and Commercial Bank of China, in a statement, said that China has invested a capital of 10 billion euros ($11.15 billion) to support projects in Central and Eastern Europe.

The capital investment was announced by Premier Li Keqiang during his visit to Riga on Saturday for the "16+1" meeting.

According to Keqiang, the fund will be overseen by Sino-CEE Financial Holdings Ltd.

During his visit, Keqiang is said to have met with Croatian Prime Minister Andrej Plenkovic and showed his appreciation towards Croatia trying to strengthen its ties with China.

Keqiang also met with several different Prime Ministers and promised to strengthen ties with all countries in Central and Eastern Europe.

Ambassador Yang Yanyi stated, "The Chinese side is willing to work with the European partners to seek synergies between their development strategies, and turn each other's demands into 'visible, tangible' cooperation projects, with an aim to complement each other's endeavors and achieve common development."

The Bank of China reportedly stated that the target capital they were looking to reach was 50 billion euros.

This capital would be utilised in infrastructure, manufacturing, and consumer-oriented goods.

Although the fund is being provided by the government of China, the company's principles will govern the utilisation of the funding. The "16+1" meeting was considered a success.

Keqiang stated that the partnership between the two sides would not only benefit them but also contribute to world peace.

Explaining his claim, he stated that the conflicting challenges of development against a sinking economy has added a hostile touch in international relations between a few countries. China, joining hands with Central and Eastern Europe is set to ensure strengthened relations among 17 countries.

Keqiang stated, "Under the new circumstances, we have become more mutually dependent as our common interests are growing."