Experts: Trump's Climate Policies Could Shift US Jobs to China 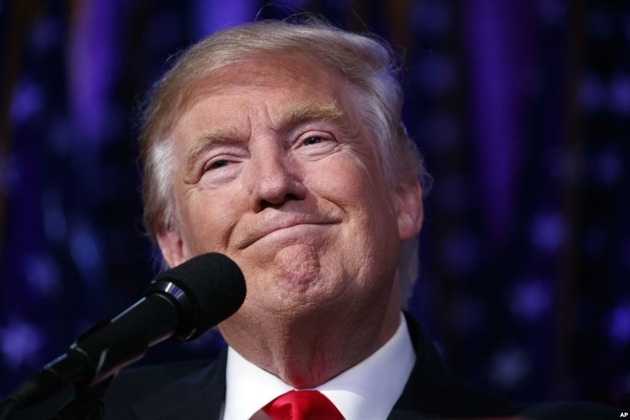 In recent years, there has been 'an alignment of the climate movement and the marketplace that is unprecedented,' Brune noted.

The United States has become the world's largest producer of natural gas. As the price of natural gas has fallen, it has helped push coal out of the power generation market.

'Coal is not coming back,' Brune said.

That's not just his opinion. The president of the largest electric utility in West Virginia, the nation's number-two coal producer, agrees.

"You just can't go with new coal [plants] at this point in time," Appalachian Power President Charles Patton told the state's Energy Summit last October, according to the Charleston Gazette-Mail. "It is just not economically feasible to do so."

Last year, the United States added more power-generating capacity from wind than from any other source. Natural gas was second, followed by solar. The largest share of wind power came from Texas, where members of Congress are vocal opponents of climate-change legislation.

'Texas is a leader in renewable energy even though it hasn't necessarily been a leader in supporting climate action ... because it's good for the economy,' said World Resources Institute President Andrew Steer.

Power companies around the world are responding to dropping prices for renewables. Dubai recently announced it is building a large-scale solar plant that will produce electricity for less than a new natural gas-fired plant would - in a country that produces natural gas, Kammen notes.

The growth opportunities for American companies and American jobs are in renewables, Kammen says, and if Trump makes rebuilding the coal industry his top priority, that would 'fly in the face of economic opportunity.'

'It would be complete folly to do anything but accelerate these plans" to expand the renewable energy industry, he adds.

Energy demand in the industrialized world is only expected to grow 18 percent by 2040, according to the U.S. Energy Information Administration. For the developing world, that figure is 71 percent.

Kammen is a U.S. State Department science envoy for the Middle East and Africa. He says he has met with more than 20 national delegations at the latest round of climate talks in Morocco. 'These are all countries that have clean-energy targets of 50 percent or more by 2030. And they all want to buy U.S.-made technology.'

'If these solar, wind and efficiency (products) are not available from the U.S., they will go elsewhere,' he adds.

Chinese, Taiwanese and Korean companies dominate the solar-panel industry. A Chinese company took over the top of the wind-turbine market last year, pushing out a U.S. company.

The next big opportunity is in energy storage, Kammen says. The U.S. government has made major investments in storage technology research.

'If we shut down our interest here,' he says, 'we are going to choose to give those jobs to China.'

While Trump once said on Twitter that China invented the concept of global warming to undermine US manufacturing, 'China is taking quite serious action on climate change right now,' says the World Resources Institute's Andrew Steer. With pollution choking Chinese cities, Beijing 'believes it is very much in its own interest to do so. We see no reason or evidence to expect any slackening of that,' even with Trump's threats to withdraw from the Paris climate accord.

Furthermore, he adds, 'It's certainly true that China would benefit competitively if the United States falls behind.'