Under Trump, China may once again replace Russia as main U.S. adversary 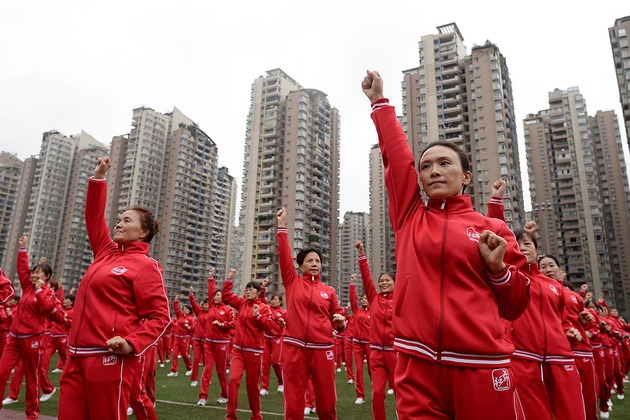 The imminent change in U.S. policy will alter Washington's relations with the world, with Donald Trump's promises to get tough on trade with China possibly heralding a souring in relations between the world's two biggest economies. Meanwhile, his positive statements on Russia may see a warming in ties with Moscow.

Donald Trump's election as the next U.S. president will bring about a change in America's relations with the outside world. The shift of global confrontation into the world economy makes a new showdown between Washington and Beijing inevitable.

Trump, who sees national interests as protection of the American market, intends to introduce protectionist measures against China, which may deliver a serious blow to its economy. This gives Russia a new chance to have sanctions against it lifted and to gradually restore relations with the West.

Although there is still two months remaining till the official handover of power in Washington, world capitals have started preparing for the arrival of the new American leader. Russian President Vladimir Putin was one of the first world leaders to congratulate Trump on his election. Officials in Moscow openly expressed their satisfaction at the impending change of power in Washington.

Reaction from Beijing was far more reserved. The Chinese Foreign Ministry's official spokesman Lu Kang expressed the hope that the new U.S. leadership will "take an objective view of trade and economic relations" between their two countries.

Is a war for the Arctic possible?

He was responding to journalists' request to outline Beijing's position on some of the hardline statements that Trump had made on his campaign trail. Their gist was that the main dividends from bilateral trade go to Beijing rather than Washington. Trump more than once made it clear that, if elected president, he intends to change this state of affairs to actively protect the interests of American business.

"Were it not for the benefit of both our nations, it would have been impossible to reach such a level of trade. That is why trade and economic cooperation between China and the U.S. is mutually beneficial," said Kang. He went on to add that in 2015 bilateral trade reached an astronomical figure of $560 billion.

For its part, Beijing expects Trump to outline a clear position on some of the more sensitive issues in bilateral relations that concern security, the diplomat said. These include the deployment of the United States' THAAD missile defense system in South Korea and territorial disputes in the South China Sea.

Experts believe that Donald Trump's election opens a prospect for Russia of no longer being perceived in America as its main potential enemy.

"In China, there are indeed concerns that under Donald Trump relations between Washington and Beijing will deteriorate and these concerns are quite justified, although this scenario cannot yet be considered as definite," said Alexander Lomanov, a chief researcher with the Russian Academy of Sciences' Institute of the Far East.

Lomanov points out that numerous political contradictions had accumulated in relations between the two countries during Barack Obama's presidency. These contradictions were linked to the situation in the South China Sea, the need to defend Asian allies from "the Chinese threat," tensions around Hong Kong and other irritants.

According to Maxim Suchkov, an expert with the Russian Council on Foreign Affairs, Moscow is interested in seeing under the new U.S. administration "a new system of national security priorities in which the main threat will not be Russia."

The view is echoed by Vladimir Sotnikov, the head of the -- for Strategic Studies and Analysis: "Do you remember who Barack Obama listed as America's main enemies? Russia, Islamic State and Ebola," he said, adding that Trump is "unlikely" to adhere to the same approach.

"He is more about pragmatism than ideology; he realizes that Russia poses no threat to the United States' vital interests. These vital interests do not lie in the former Soviet Union, in Ukraine, but in completely different regions," said Sotnikov.

"Which means that a path is opening for a dialogue with Moscow and for possible geopolitical bargains that the Democratic administration in the White House would never have agreed to."