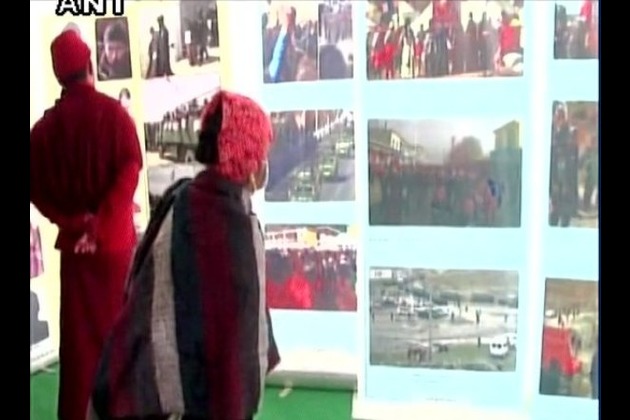 The exhibition has been organised by a student activists' outfit, Students for a Free Tibet (SFT) -India.

Lobsang Tseten, Campaign Director of SFT-India said they aimed to create awareness about the atrocities committed by the Chinese government in the restive region through the exhibition.

"We wanted to create awareness about what is going on in Tibet, what is the situation right now in Tibet under the Chinese government. We wanted to create awareness about. we want to talk to more and more people about what's going on in Tibet. We want people to take action. We also have a signature petition here regarding Larung gar. Larung gar is one of the largest Buddhist institutions in the world. Right now it is under demolition by the Chinese government. We doing a signature petition here to stop the demolition," said Tseten.

Thousands of devotees and tourists are expected to visit Gaya during the next two weeks, which will host the 34th Kalachakra (Wheel of Time) ritual, where Tibetan spiritual leader, Dalai Lama, will give initiations from January 3-14.

The Kalachakra ritual is an esoteric but very important Buddhist rite for activating dormant enlightenment.

China has ruled Tibet with an iron fist since troops "peacefully liberated" the region in 1950.

The Dalai Lama fled into exile in India in 1959 after an abortive uprising against Chinese rule.

China routinely denies accusations by exiles and rights groups of abuses in Tibetan parts of the country and insists it allows freedom of religion, blaming exiled Tibetan spiritual leader the Dalai Lama for promoting unrest.

China routinely rejects criticism of its policies in Tibet, saying its rule, since Communist Chinese troops, ended serfdom and brought development to a backward, poverty-stricken region.

Beijing says the Dalai Lama is a "wolf in sheep's clothing" who seeks to use violent methods to establish an independent Tibet. The Dalai Lama denies espousing violence and says he only wants genuine autonomy for Tibet. (ANI)