North Korea is now angry with its only ally and key supporter, China 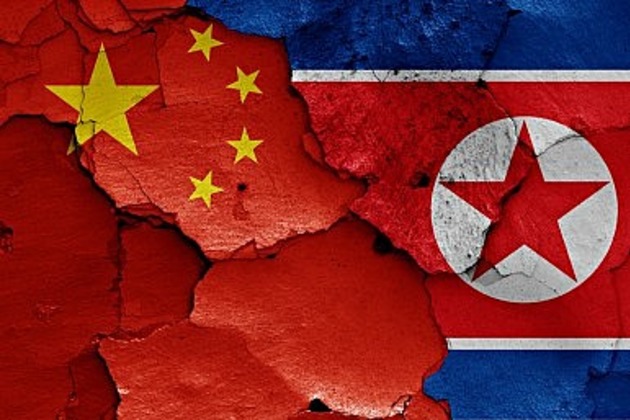 PYONGYANG, North Korea - Irked by increasing UN sanctions and the brunt of sanctions by individual nations, including from its closest and only ally, China - North Korea has now vented out its frustration.

North Korea's state-run news agency shocked the region as it alleged that the country's key supporter, China was "dancing to the tune of the U.S."

The relationship between North Korea and China is often described as being as "close as lips and teeth" - but the recent display of nuclear might by North Korea, drew China's ire.

Last year, North Korea, after the launch of a nuclear warhead in September 2016, disregarded an earlier UN ban which led to the imposition of the Resolution 2321, some of the toughest sanctions against the North Korean regime.

Almost immediately, China, along with several other nations, condemned and voiced its disapproval against the threat, and vowed to implement more stricter sanctions on the reclusive nation.

The country's Ministry of Commerce, along with the country's customs agency decided to ban all coal imports from North Korea.

It announced, "Imports of coal produced in North Korea - including shipments already declared to the customs but yet to be released - will be suspended for the remainder of this year."

North Korea's state-run KCNA news agency reacted to this and castigated "a neighboring country, which often calls itself a 'friendly neighbor,'" and said it was "dancing to the tune of the U.S."

While the report did not mention China by name, experts noted that there was no doubt which country the report was referring to.

However, responding to the North Korean report, China reacted mildly.

Chinese Foreign Ministry spokesman Geng Shuang said, "China and [North Korea] are friendly neighbors. We would like to work together with [North Korea] to develop a healthy and stable .... relationship."

This was the first time in North Korean history that it has criticized its ally in a public manner.

According to a former diplomat who served in North Korea, Kim Jong Un's government was sending China a message.

James Edward Hoare, who established the British Embassy in Pyongyang in 2001 was quoted as saying, "It's saying to China to 'back off, shut up, leave us alone.' Everything in North Korea is stated in highly exaggerated terms."

Last year, the Council on Foreign Relations public a background that said, "China is North Korea's most important ally, biggest trading partner, and main source of food, arms, and energy. China provides North Korea with most of its food and energy supplies and accounts for more than 70 percent of North Korea's total trade volume."

But Hoare pointed out that China needs North Korea for several reasons. Bilateral trade is important not only to North Korea but to parts of China.

The expert explained that China would not want to destabilize the government of its ally. That, he said would imply support for South Korea's claim to the entire Korean peninsula and an eventual unified Korea, that would by governed by a pro-U.S. foreign policy and heavy presence of American troops.

A report in NBC News quoted a political affairs commentator from the Beijing Institute of Technology, Professor Hu Xingdou as saying that North Korea is already a "liability" to China.

Professor Xingdou was quoted as saying that while "there are already cracks" in the relationship, it was "better to maintain peace on the surface."