Islamabad's ties with China will not impact partnership with Washington: Pak envoy 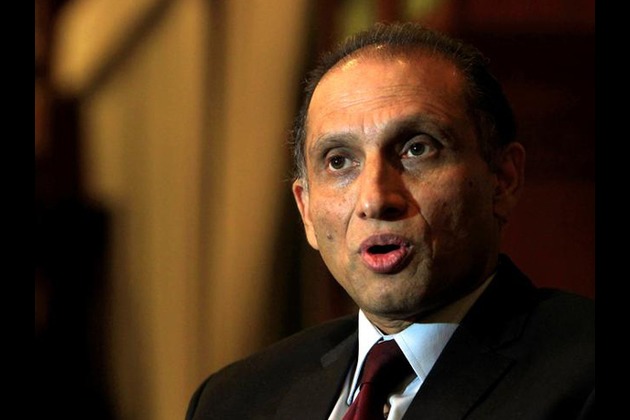 Washington [United States], Mar. 26 (ANI): Pakistan's Ambassador in the United States Aizaz Ahmad Chaudhry has said that Islamabad's historic ties with China and its efforts to forge close ties with Russia will not have an adverse effect on its traditional partnership with the United States.

Dawn quoted Ambassador Aizaz as saying that Islamabad's decision to reach out to other nations in the region and its close historic relations with China should not be seen as a zero-sum game for any country.

He said Pakistan wants close relations with the Trump administration as the two countries' shared the goal of defeating militant Islamic State group and also due to Islamabad's strategic role as "a bridge" between the United States and China.

The envoy added that the United States and European countries have already shown their investment interest in the Pakistan-China economic zone.

Asserting that there was no military solution to the Afghan problem, Ambassador Aizaz suggested of having an 'Afghan-led' and 'Afghan-owned' political settlement to solve the issue.

The envoy highlighted that ties with Afghanistan are of great importance for Pakistan as volatility there has a spillover effect in the entire region including Pakistan being an immediate neighbor. (ANI)