China, Germany, Japan, Korea, Switzerland and Taiwan to be monitored by the U.S. for currency practices 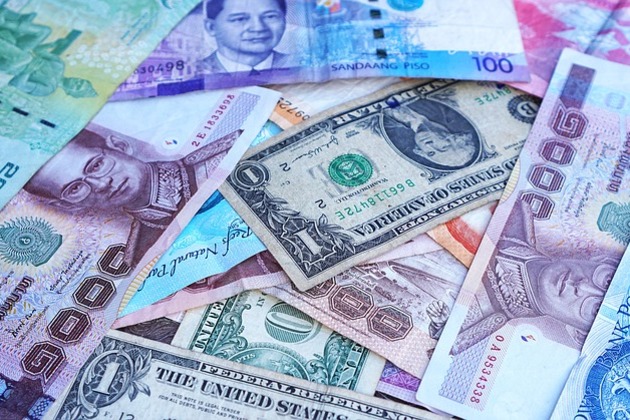 WASHINGTON, U.S. - Claiming that no major trading partner of the U.S. met the Congressional standards for currency manipulation in the second half of 2016, the U.S. Department of Treasury has now made some recommendations.

Subsequently, the Trump administration placed six of its major trading partners on a "monitoring list" to watch their currency practices more closely.

The countries that found a spot on the monitoring list include China, Germany, Japan, Korea, Switzerland and Taiwan.

In its six-monthly report to the Congress, the department said, "Treasury finds that six major trading partners warrant being placed on the monitoring list for special attention: China, Germany, Japan, Korea, Switzerland and Taiwan."

Treasury secretary Steven Mnuchin said, "An essential component of this administration's strategy is to ensure that American workers and companies face a level playing field when competing internationally. When our trading partners engage in currency manipulation, they impose significant, and often long-lasting hardship on American workers and businesses. Expanding trade in a way that is freer and fairer for all Americans requires that other economies avoid unfair currency practices, and we will continue to monitor this carefully."

Further, the treasury department said in a statement that the findings and recommendations of the Report were intended to combat potentially unfair currency practices and support the growth of free and fair trade.

The statement noted, "The United States cannot and will not bear the burden of an international trading system that unfairly disadvantages our exports and unfairly advantages the exports of our trading partners through artificially distorted exchange rates. Treasury is committed to aggressively and vigilantly monitoring and combating unfair currency practices."

Meanwhile, Democrats slammed the Trump administration for going back on its poll promise.

Senate minority leader Charles E Schumer said in a statement, "Unfortunately the President's failure to name China a currency manipulator is symptomatic of a lack of real, tough action on trade against China. China steals our intellectual property, doesn't let American companies compete in China, and has manipulated their currency causing the loss of millions of jobs. While they're not manipulating their currency at the moment because it doesn't suit their economic needs, make no mistake about it, as soon as the tide turns they will. When the President fails to label them a currency manipulator, he gives them a green light to steal our jobs and wealth time and time again. The best way to get China to cooperate with North Korea, is to be tough on them with trade, which is the number one thing China's government cares about."

In its report, the Treasury has alleged that China has a long track record of engaging in "persistent, large-scale, one-way foreign exchange intervention," doing so for roughly a decade to resist renminbi (RMB) appreciation even as its trade and current account surpluses soared.

It said, "China continues to pursue a wide array of policies that limit market access for imported goods and services, and maintains a restrictive investment regime which adversely affects foreign investors."