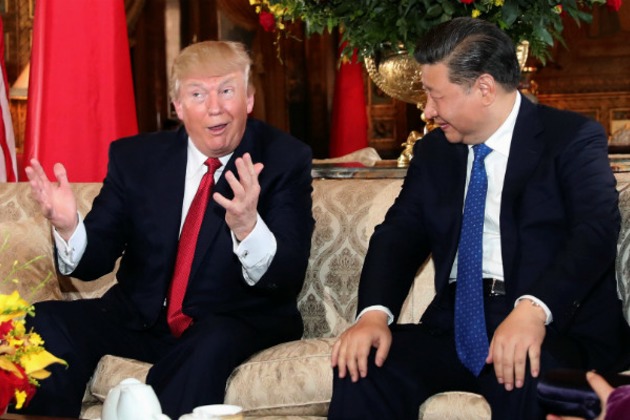 BEIJING, China - After the U.S. administration proposed an overhaul of the tax system, reducing the number of income tax brackets and lowering the tax on corporations from 35 percent to 15 percent - it has threatened to 'endanger the global economy', the Chinese Media has said.

A commentary in the People's Daily, the official mouthpiece of the Communist party has said that the U.S. president could "endanger the global economy" and damage "export-oriented countries."

According to the report, Chinese leaders are worried about Donald Trump engaging in a "tax war" with Beijing, potentially fuelling tensions between the two countries.

Issues like the South China Sea dispute and problems over North Korea and trade have already threatened to jeopardize relations between the two nations.

Meanwhile, critics in Washington have also slammed Trump's tax plan, calling it "basically a huge tax cut for the rich."

Many others have expressed worries that it could directly benefit the president, his family and member's of his ultra-rich cabinet.

The proposed changes to U.S. taxes still need to be approved by the Congress, but if Trump's plan is approved it could see a wave of companies shift assets to the U.S. from countries such like China.

The People's Daily has said, "From the perspective of other countries, the U.S. tax cut is in fact provoking a tax war. These cuts will cause the international tax order to fall into chaos."

The commentary added that the proposed plan would undermine international efforts to combat tax avoidance.

It said, "In response, some powerful countries will join in this competition to reduce taxes … to set up tax havens. Furthermore, the U.S. tax cut will harm some export-oriented countries that are powerless to compete in tax reductions."

The commentary did not directly name China, which is the world's second largest economy and is heavily reliant on exports.

For years now, the country has been struggling to shift to a model more focused on domestic consumption.

The commentary said that the U.S. must "work with other countries to coordinate international tax policies to prevent mutual harm and avoid endangering the global economy."

Trump's tax proposal comes at a time when U.S. companies are scaling back investments in China over rising costs, unfriendly business environment and increased competition.

Meanwhile, the U.S. President has also proposed a one-time tax for overseas profits in an effort to encourage U.S. multinational corporations to repatriate past earnings.