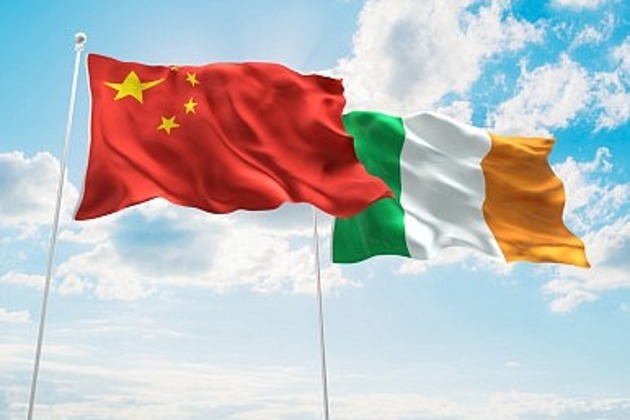 DUBLIN, Ireland - In a bid to invest in the Irish capital, in the wake of United Kingdom's exit from the European Union - a high-powered delegation of Chinese fund managers were in Dublin on Friday.

The delegation, that consisted of representatives from several of China's largest fund manager were said to be viewing Dublin as a potential European base post Brexit.

The delegation is said to have attended an event hosted by the trade body, Irish Funds, and discussed the potential for doing business in the country.

Irish Funds subsequently launched a guide to the Irish fund management industry for Chinese investors, in a bid to attract China's gigantic $7 trillion funds industry at the event attended by Taoiseach Enda Kenny and key personnel in BlackRock, Deutsche Bank, Credit Suisse and the Central Bank.

While vehicles for investing in assets linked to the Chinese economy are still limited for a myriad of regulatory reasons - the Asian powerhouse is gradually opening up its financial markets to foreign investors.

Viewed as a potential hub for Chinese funds, Dublin already serves as a base for the large, established funds industry.

The Irish capital is also ranked as the third largest location for regulated investment funds in the world.

However, the uncertainty over whether U.K. will retain EU passporting rights post Brexit is said to have affected the industry and the decisions made by companies planning to shift their base out of the U.K. post its EU divorce.

In a statement issued to the Irish Times, Pat Lardner, chief executive of Irish Funds noted, "For the first time in the history of our conference, we have a delegation coming from the industry in China."

Lardner is said to have pointed out that China represented a potential source of new business for the industry in Ireland, which already employs 15,000 people.

Lardner further added that China's fund management industry was now looking to attract capital from abroad, and particularly from Europe.

He said this was likely to involve the establishment of a regulated fund structure in a EU jurisdiction.

Adding, "By coming to Ireland and establishing a fund in Ireland which is regulated, and subject to EU directives, that allows the fund to then be passported or sold in all other EU countries. In a nutshell, what it allows them to do is to grow and scale their international business by creating an effective way of distributing their products."

He also noted that a mutual arrangement between the countries could eventually lead to Irish-domiciled funds being sold in China as investment managers there diversify their own portfolios.

Meanwhile, the Asset Management Association of China said that assets under management rose 36 percent to $7.54 trillion in 2016.

This, it noted, represented a slowdown on the 86 percent growth witnessed in 2015.