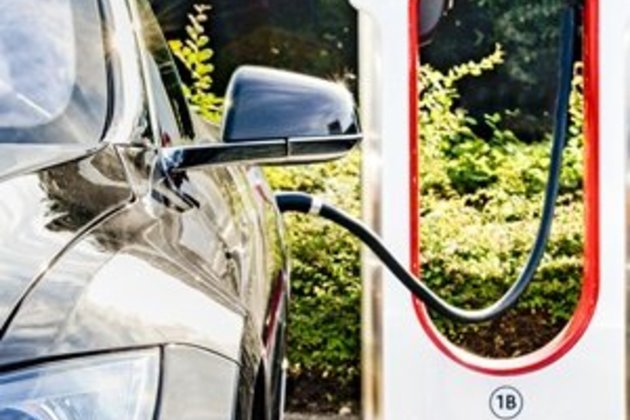 A Tesla electric vehicle suddenly caught fire in a Hong Kong parking lot, the Hong Kong Economic Times said, less than a month after a similar case was reported in Shanghai.

The Tesla Model S had been been parked in San Po Kong Plaza for about half an hour on Sunday before the battery started emit to smoke and flames appeared, according to the report. There were sounds of explosions and firefighters took about 45 minutes to extinguish the blaze, the Economic Times reported.

It was the first fire of its kind in the city, the report said. Car Fires in China Spur Investigations by Tesla, its Rival NIO Tesla didn't have a comment on the matter, a Beijing-based spokeswoman for the company said.

Hong Kong's Fire Services Department is investigating the Sunday fire, a representative said, declining to identify the make of the car.

Last month, videos on social media showed a car bearing a Tesla logo in Shanghai emitting smoke before bursting into flames, while rival NIO said one of its ES8 electric vehicles caught fire in the north-west Chinese city of Xi'an while being repaired.

Tesla and NIO said they were looking into the reports.

The incidents have fueled concern over the safety of EVs in China.

In 2018, China recorded at least 40 fire-related incidents involving new-energy vehicles, a fleet that includes pure battery electric, hybrid plug-in and fuel-cell vehicles, according to the State Administration for Market Regulation.