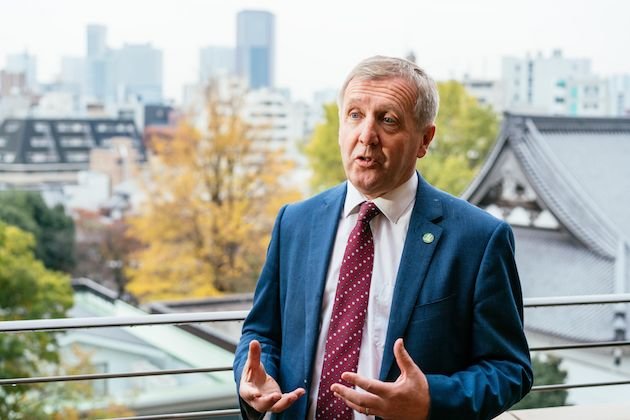 DUBLIN, Ireland - Ireland has changed the terms of the export health certificate for beef so that the previous age restriction of under 30 months has been removed, and beef from cattle of all ages are now eligible for export.

The decision followed negotiations on Friday with the Japanese authorities in the Ministry of Agriculture, Forestry and Fisheries and also the Ministry of Health, Labour and Welfare.

This move follows on successful beef audit to Ireland by a team of inspectors from the Japanese Ministry of Health, Labour and Welfare in March. It comes around three weeks before Minister for Agriculture, Food and the Marine Michael Creed will lead the next agri-food Trade Mission to Japan between 10 and 12 June.

"This comes at a particularly opportune time shortly before my Trade Mission to Japan, and on top of the recent good news from China in relation to the approval of Irish beef plants," Creed said Friday. "It is a testament to the strong co-operation of Team Ireland and our very productive realtions with our Japenese counterparts in progressing market access. Team Ireland is growing in Japan with the addition later this year of an agricultural attaché in the Irish Embassy in Tokyo and also the placement of a Bord Bia Market specialist in Japan."

Ireland exported €3.6 million worth of beef, with a volume of 840 tonnes, to Japan in 2018 according to the CSO trade statistics. The majority of this was in the form of bovine tongues, a delicacy in Japan, and other beef offal.  As of the end of March 2019, around 200 tonnes had been exported.

"Efforts to progress sheepmeat access to Japan will come to the fore now in advance and during the Trade Mission there. I hope to meet my counterpart and the Minister of Health, Labour and Welfare during my Trade Mission," the minister said.

Overall Irish agri-food exports to Japan in 2018 reached around €115 million with pigmeat followed by dairy accounting for the largest categories (pigmeat: €41.3 million or 14,805 tonnes and dairy: €40.7 million or 12,169 tonnes) (CSO Trade statistics).