CWC Proteas: Will their fielding cut it? 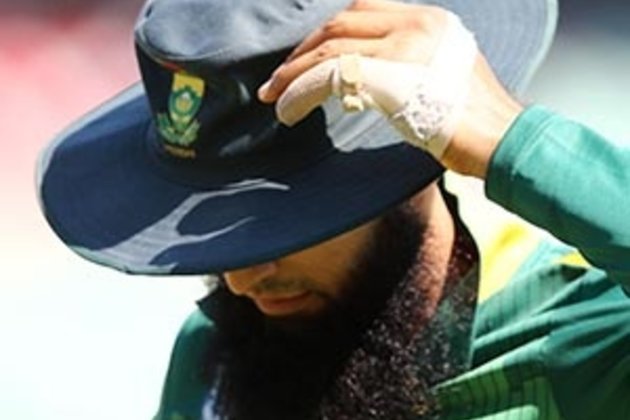 Cape Town - Many still argue, and with some justification, that the last World Cup on English soil also remains the one South Africa have been unluckiest not to win in their infamously jinxed history at the event.

That was almost exactly 20 years ago, and the fact that our national team came so agonisingly close to going all the way then was helped in no small measure by the machine-like excellence of Hansie Cronje's charges as a fielding unit.

Although eventual champions Australia also had some wonderful catchers and ground-fielders like Ricky Ponting and Mark Waugh, that SA team was almost ahead of its time for the influential extent to which fielding majesty and mobility vitally complemented their batting and bowling efforts.

With names like the hard taskmaster and top-tier presence in that regard, Cronje himself, the iconic Jonty Rhodes, Herschelle Gibbs, Daryll Cullinan, Jacques Kallis and plenty of other strong factors amidst the squad, that SA side of two decades back played second fiddle to nobody in the occasionally under-valued department.

You somehow felt - especially gratifyingly if you were a SA supporter - that that class of '99 and surrounds were all over opponents like a rash for the sheer aggression, for want of a more suitable word, and intensity of their fielding.

Sprightliness and efficiency in the field seems sure to be highly relevant again this time, as it is increasingly apparent that bowlers will truly need all the help they can get from their "back-up" colleagues around them at CWC 2019, where prime batting pitches and some venues with ominously short boundaries could make for enormous totals being a relative norm over the next few weeks if the UK weather holds up well.

Although Champions Trophy holders, Pakistan, for example, have just been well beaten (4-0) in a bilateral series by fancied World Cup hosts England, they had plenty of positive spells but their task was hardly enhanced by some crucial lapses - a hallmark that has plagued them and one or two other outfits for some time - in the field.

There must have been times when coach Mickey Arthur, used to consistently high standards from his generous tenure in home country South Africa, wanted to pull his remaining hair out as catchable chances from dangerous English stroke-players (there's no lack of them) were fluffed or feasible run-out opportunities not taken.

But what price the Proteas being among the market-leaders in fielding at this World Cup?

While I would stop very well short of suggesting it may be revealed as a weakness - an insistence on high energy and consistency in the field is pretty much cultural in modern South African international cricket - there is a greater risk in this one, arguably, that the country will not rise noticeably above the rest.

For apart from fielding standards having perked up considerably among some participating nations (the planetwide demands of Twenty20 at all levels of competition have helped), the 2019 Proteas enter this jamboree featuring certain unavoidable drawbacks in fielding terms.

Just one is that several of their squad - including some customary good 'uns as fielders - have had either very recent or more niggling, lingering issues with their throwing-side shoulders.

Veteran pace bowling maestro Dale Steyn, back under a related injury cloud of late, is simply no longer able to whistle the ball in from the boundary with the velocity he once did, JP Duminy's own summer shoulder problems took a worryingly long time to clear up properly, and skipper Du Plessis, while a fantastic athlete, is always a concern when he falls with any force on his right shoulder and gets up gingerly considering his lengthy troubles in that region of the anatomy.

Then there is the inarguable fact that the Proteas are a fairly long-in-the-tooth CWC squad, relative to several others, meaning that mobility is quite naturally compromised in some instances.

They carry several players who are well-established in their mid-thirties, and another in mystery-spinning ace Imran Tahir who is an unusual 40, although he shows a commendable ethic when it comes to ensuring he is in best possible physical shape and has even taken his once fairly modest, erratic fielding qualities up several notches in recent years.

While the likes of Du Plessis, David Miller and Kagiso Rabada will help cover, in some senses, for certain less mobile colleagues in the field with their renowned high standards and in-built athleticism - plus Quinton de Kock ought to be among the most luminary of the wicketkeepers on view -- these Proteas may not show quite the overall gusto in this area of a few past World Cup outfits from our shores.

Remember that if once-coveted run-getter Hashim Amla were to play ahead of Aiden Markram at the front of the order in red-letter game one against England at The Oval next Thursday, you are also aggravating the fielding situation as the 36-year-old has been unusually fallible in that department in recent months, whereas Markram, by contrast, automatically offers you known, significant additional strength as a fielder.

An irony is that another anticipated "fringe" player in the 15-strong party, Chris Morris, adds to his all-rounder package by boasting welcome, often bullet-like throw-in potential from outside the circle when stationed there.

In any fifty-fifty selection thoughts during this World Cup, then, might it be wise for the Proteas brains trust to just consider fielding competence as part of the balance-tilting equation?