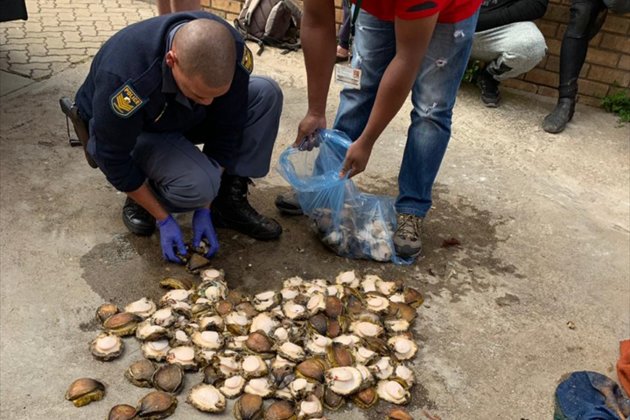 Four suspected abalone poachers are expected to appear in the Port Elizabeth Magistrate's Court soon, after they were caught with the loot estimated at R1m.

"Port Elizabeth K9 unit members arrested the four alleged abalone poachers after they had received a call for assistance from Dark Water Ops, which is an anti-abalone poaching unit. It is alleged that, at about 12:00 on Monday, the anti-poaching unit observed suspicious activity at Noordhoek beach in Marine Drive.

"A diver retrieved two large bags containing fresh abalone from the water (481 units). The estimated street value of the abalone is over R1m."

Diving equipment and a silver-grey Citroen belonging to the suspects were also confiscated, Naidu said.

On May 9, a Chinese national was arrested after R2m worth of abalone was seized at a warehouse in Bellville, Cape Town.

The 25-year-old man was arrested and charged under the Living Marine Resources Act.

At the time, police spokesperson Sergeant Noloyiso Rwexana said officers from the Cape Town K9 Unit had been conducting election patrols in Glucose Road, Bellville South, when they spotted a Ford Ranger LDV reversing from a warehouse.

Their report - Empty Shells: An assessment of abalone poaching and trade from southern Africa - said the rampant illegal harvesting of abalone had resulted in the loss of a valuable commodity worth approximately R628m per annum.