Dhawan will be assessed for 10-12 days: Sanjay Bangar 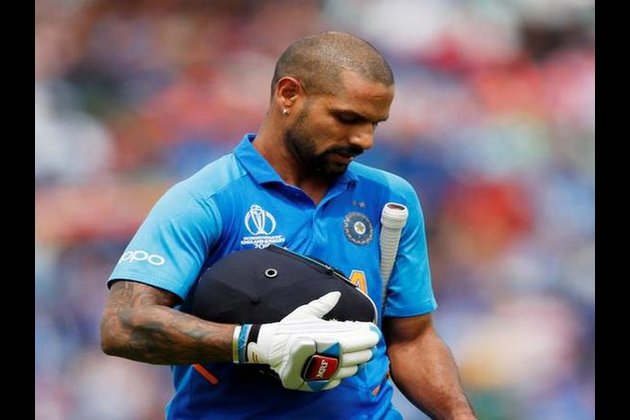 Nottinghamshire [UK], June 12 (ANI): K L Rahul will open along with Rohit Sharma for india in the match against New Zealand on Thursday in Trent Bridge in the ICC World Cup cricket even as the team management said it would like to assess Shikhar Dhawan's injury for 10 to 12 days before calling for replacement.

The vacant spot may be filled by Vijay Shankar in the match against New Zealand, India batting coach Sanjuay Bangar told the pre-match media conference today.

"As far as batting order goes, KL Rahul moves up at the top of the order and there are various options that the team management can utilise going into the next game. Obviously, Vijay Shankar is going to be an option and there are a couple of others as well," he said.

"Around 10 or 12 days, we will be taking a call on the status of Shikhar and till that point, just to make sure that, if and when the replacement is required, then it is always good to have a replacement player coming in and practicing with the team as a standby," Bangar said.

Dhawan sustained an injury in the back of his left hand in the region between the index finger and thumb when he played a match-winning knock of 117 runs during India's second match in the ongoing ICC Men's Cricket World Cup against Australia on June 9.

"We will be observing him (Dhawan) and probably it will take some time around 10th or 12th day we will get to know where he stands and post that we will be in a better position to take a call because you do not really want to rule out a precious player like Shikhar. So we would like to wait and assess him," Bangar said.

So far, three matches have been abandoned due to rain in this World Cup and while talking about the weather in England, Bangar said: "Generally, when you come to England, you except these things where you know that you are bound to get few days where the weather is going to play a spoilsport but from our point of view, so far we have been lucky that they have not had a game affected by the weather."Both India and New Zeland have not lost any of their matches in the tournament as of now and their clash will be interesting as one of them will taste their first defeat in the World Cup.