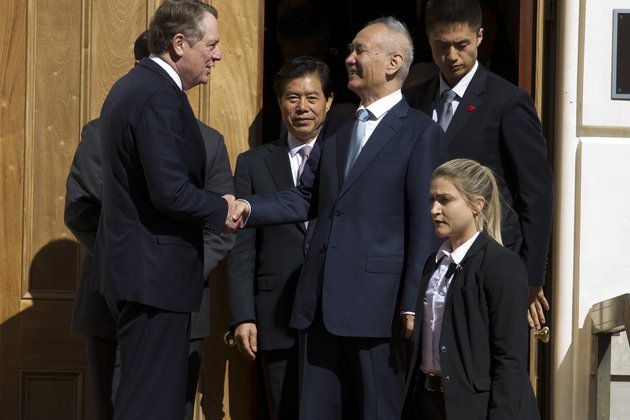 Ira Mellman contributed to this report.

U.S. President Donald Trump voiced optimism as the United States and China continued trade talks on Friday, amid anticipation of at least a partial deal that could prevent a tariff escalation.

"Good things are happening at China Trade Talk Meeting. Warmer feelings than in recent past, more like the Old Days. I will be meeting with the Vice Premier today. All would like to see something significant happen!" Trump tweeted on Friday.

The president is scheduled to meet with Chinese Vice Premier Liu He later Friday in the White House Oval Office.

A current 25% levy on $250 billion of Chinese goods is set to rise to 30% on October 15, and a second set of taxes of 15% on more than $150 billion in goods is set to go into place on December 15. China has signaled retaliation if the U.S. follows through on those increases.

Sticking points in the trade dispute between the world's two largest economies include forced technology transfer, theft of intellectual property rights, and other non-tariff barriers.

Aside from the trade talks, Washington is looking at options to squeeze Beijing's access to American capital markets, including limiting U.S. federal retirement funds from investing in Chinese state-owned companies involved in espionage, human rights abuses and "Made in China 2025" industrial policy.

"The idea we're going back to a peaceful, harmonious, happy U.S.-China relationship, I think that's over," said Michael Pillsbury, who is the director for Chinese Strategy at the Hudson Institute and seen as a Trump confidant on China issues.

Pillsbury, who returned from a recent trip to Hong Kong and China, said the Beijing government is on high alert about the potential restriction of capital flow between the U.S. and China, as part of a broader trade war.

And as the U.S. and China eye a path forward on trade, high-level talks on security issues continue to remain on hold, amid the trade dispute.

There is no indication of an immediate U.S. plan to resume the annual Diplomatic and Security Dialogue (DSD) with China.

"The United States seeks a constructive, results-oriented relationship with China," a State Department official told VOA, when asked what Washington wants from Beijing, in order to move forward with bilateral talks on diplomatic and security issues.

"We have nothing further to announce at this time," added the official.

Analysts say the U.S. approach to China limits the possibilities for serious cooperation between the two countries.

"The diplomatic side is problematic due to the broad tendency of the Trump administration to eschew diplomacy and instead rely on sanctions, or tariffs, or unilateral demands," said Atlantic Council Senior Fellow Robert Manning.

"The Trump administration has a different strategy. It isn't using dialogues that it believes served China's advantage," said Bonnie Glaser, director of the China Power Project at the Center for Strategic and International Studies.

China came up in meetings during U.S. Secretary of State Mike Pompeo's recent trip to Europe, according to senior State Department officials, who added there is an "awakening" in Europe about the threats posed by Beijing.

Washington and Beijing held the last round of Diplomatic and Security Dialogue in November, 2018. It is one of the four bilateral talks initiated under Trump's administration. The others are the Comprehensive Economic Dialogue, the Law Enforcement and Cybersecurity Dialogue, and the Social and Cultural Issues Dialogue.

The U.S. and China last held major trade talks in July but there was no major breakthrough.

Washington and Beijing have been engaged in a series of escalating tit-for-tat tariffs for more than a year, sparked by Trump's initial demand for changes in China's trade, subsidy and intellectual property practices. China says U.S. trade policies are aimed at trying to stifle its ability to compete.

Doug Barry, a spokesman for the U.S.-China Business Council, said the moderate voices appear to be prevailing, at least this week, while hard-liners in the Trump administration are unlikely to "go away" for the foreseeable future.

"What's surprising is that the two sides have at least for the moment anyway put aside some of the more difficult issues and seem to be focusing on a short-term win here," Barry told VOA.

"One would hope then that some confidence will be restored on both sides and there will be an opportunity to deal with these more vexatious issues in the future," he added.

Prison in eastern Afghanistan under ferocious attack by ISIS fighters

KABUL, Afghanistan - An attack on a prison in eastern Afghanistan by ISIS fighters which began on Sunday has continued ...

The seven Marines and sailor missing after their amphibious assault vehicle sank off the California coast are presumed dead as ...

MEXICO CITY, Mexico - Mexico has recorded more coronavirus-related deaths than the UK, and as the figure rose above 47,000 ...

Business and private jets flying from Israel's Ben-Gurion Airport to the United Arab Emirates are a fairly regular occurrence, although ...

U.S. decision to dump WHO dangerous and irresponsible

Microbes do not recognize borders. We are all safe only when everybody is safe. In a pandemic, to attack the ...

MELBOURNE, Victoria, Australia - A massive haul of cocaine destined for the streets of Australia has been seized by Australian ...

Fierce competition between US, China for energy in Central Asia

Beijing [China], August 3 (ANI): As the US has called "for a new alliance of democracies" to counter China's aggressive ...

Here are the latest developments in the coronavirus crisis:The pandemic has killed at least 690 363 people worldwide since it ... 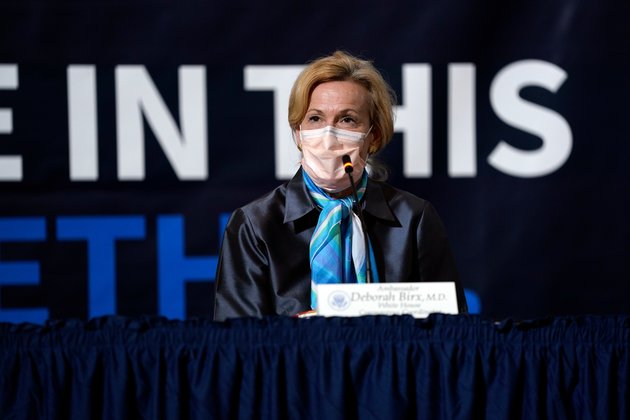 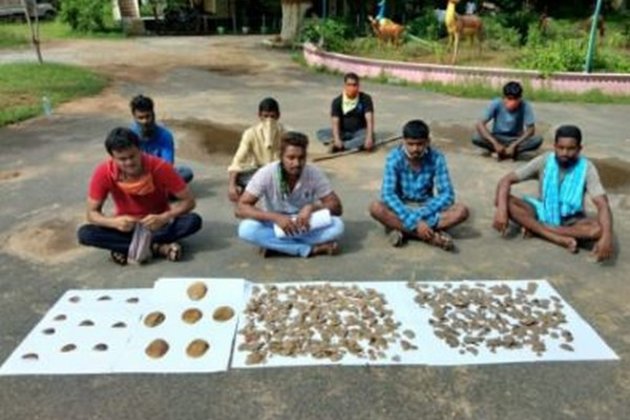