Apayao on red alert status due to flooding, landslides 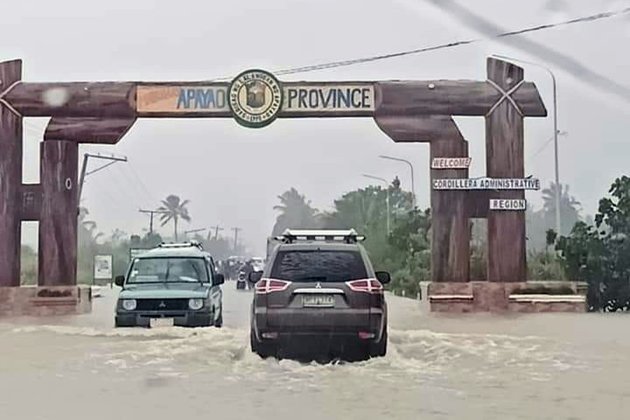 LUNA, Apayao, Nov. 8(PIA) -- The province of Apayao is in Red Alert status as of November 8, Friday, due to the extent of damages caused by continuous heavy rains in the province since last week.

Governor Eleanor Bulut-Begtang said that in the past days, the province experienced extreme flooding particularly at the low lying towns of Luna, Pudtol, Santa Marcela and Flora while landslide and rock fall incidents occurred in the upper towns of Calanasan, Kabugao and Conner.

Begtang said that most of the farmlands in the lower towns were submerged in flood waters and incidents of flashfloods were also recorded causing people to evacuate to safer grounds. The floods also caused some of the roads to be unpassable including the Apayao-Cagayan Road Boundary of Luna, Apayao and Abulug, Cagayan.

Major road networks in the province are still closed due to series of landslides and rock fall incidents including the Claveria-Calanasan-Kabugao Road, Apayao (Calanasan) - Ilocos Norte (Solsona) Road and the Kabugao-Pudtol-Luna-Cagayan Boundary Road. Heavy equipment and personnel of the DPWH - District Engineering Offices in the lower and upper Apayao with the local government units and the private contractors have been conducting clearing operations to at least punch thru the major roads for the delivery of relief goods to affected areas.

At least 424 families composed of more than 1,000 individuals affected by either landslides or flooding have been evacuated to the different evacuation centers and other facilities in the province.

The Governor also confirmed that Board Member Tolentino Mangalao and Police Corporal Rommel Gumidam died in a landslide incident in Dibagat, Kabugao. The victims were on their way to Calanasan to attend a barangay assembly but because of the bad weather, opted to take shelter at a house along the road for the night. Unfortunately, the incident occurred.

Since November 6, classes in all levels and work were suspended in the entire province to ensure safety of the employees and the students.

The Apayao Provincial Disaster Risk and Reduction Management Office has been actively coordinating and working with the local DRRM councils and other government agencies and private sectors to ensure immediate response and actions.

At present, family food packs are still enough for the evacuated families but the local government units are requesting the DSWD to augment their supplies for the affected families.

The Sangguniang Panlalawigan is also waiting for the validated reports from the PDRRMO to declare the province in a state of calamity to be able to access funds for the immediate restoration and rehabilitation of damages in the province.

On Thursday, the Sangguniang Bayan of Calanasan in their special session passed Resolution No 97 declaring the municipality in a state of calamity due to the effects of the continuous heavy rains.

The Calanasan LGU noted that the occurrence of the landslides, flashfloods and rising of the river's level brought by the continuous heavy rains in the municipality since last week affected particularly the agriculture sector and road networks and infrastructures as per initial assessment of the Local Disaster Risk Reduction Management Council.

PAGASA said that the weather disturbance is caused by the tail-end of a cold front or the interaction of cold and warm air from the Pacific Ocean and the intensified northeast monsoon which is bringing heavy rains in the Cagayan, Ilocos Norte and Apayao provinces.

Traditionally, October to February is the rainy season in the northern part of the country. Begtang said that it is very unusual for the heavy continuous rainfall that caused the flooding and landslide in the province at this time of the year. (JDP/RMC- PIA CAR)