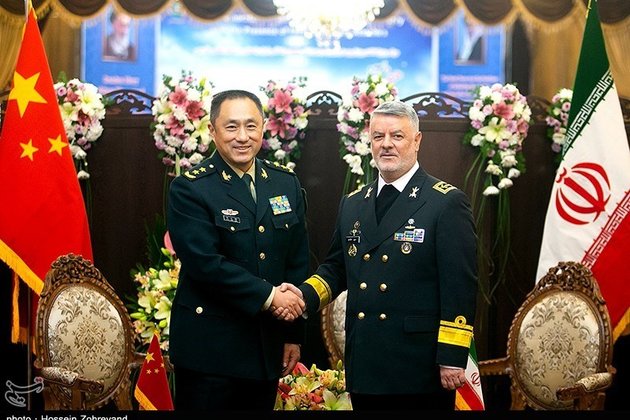 The Iranian general had announced earlier that the trilateral drill would be held in the Indian Ocean waters, noting, "The purpose of the war game is to ensure collective security and help strengthen security in the northern region of the Indian Ocean, which is witnessing incidents such as piracy."

In the Tuesday meeting, Rear Admiral Khanzadi also voiced Iran's willingness to exchange information with China on technical subjects and in the fight against piracy.

He also expressed the Iranian Navy's readiness to work with China in the joint production of destroyers and submarines.

"We will begin manufacturing heavy surface and subsurface equipment in the near future, and are ready for joint operations and the exchange of technical data as well as research capacities with China," the Iranian general added.

Calling for a rise in the number of reciprocal visits by the Iranian and Chinese naval fleets, Khanzadi urged more joint naval exercises and war games with China in order to broaden the defense capabilities of the two countries.

He finally praised the Chinese Navy for inviting the Iranian Navy cadets to receive training in China's military academies and command and staff universities, saying Iran is also ready to host foreign cadets in all courses.

For his part, Major General Shao highlighted the role of interaction between China and Iran in protecting regional security and global peace.

Describing the Iranian Navy as an "international and strategic force", the Chinese official said Iran's Navy has turned into a leading and powerful force in the Persian Gulf, the Sea of Oman, and the Indian Ocean.

In April, Iran's Navy chief visited China at the invitation of the Chinese Navy commander to attend the 70th anniversary of the founding of the country's navy.

Iran and China have close diplomatic, economic, trade and energy ties, and in recent years have developed their military relations as well.

Back in November 2016, the defense ministers of Iran and China signed an agreement in Tehran to enhance the defense cooperation between the two countries.

Heads of state and government from dozens of countries arrived in Jerusalem to mark the 75th anniversary of the liberation ...

GENEVA, Switzerland (ANI/Sputnik) - The WHO Emergency Committee held a discussion on Wednesday over concerns about the coronavirus outbreak in ...

Senate approves impeachment rules after being rebuked by chief justice

WHO: Coronavirus could spread to other countries "in coming days"

GENEVA, Switzerland - The World Health Organization (WHO) says the novel coronavirus could spread to other countries "in the coming ...

AUSTIN, TEXAS - With China poised to increase purchases of U.S. agricultural goods this year as part of a Phase ...

Caribbean and Latin America deadliest region in world for journalists

It has been a deadly decade for journalists across the world, however last year there was a glimmer of hope ... 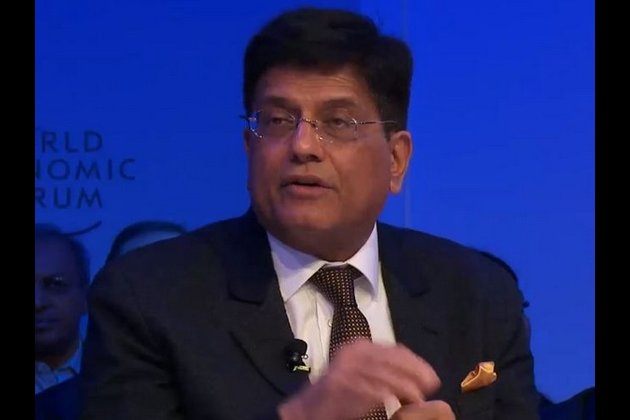 Davos [Switzerland], Jan 23 (ANI): The Regional Comprehensive Economic Partnership (RCEP) agreement was an unbalanced agreement, which was not fulfilling ...

Deathdream (aka Dead of Night)