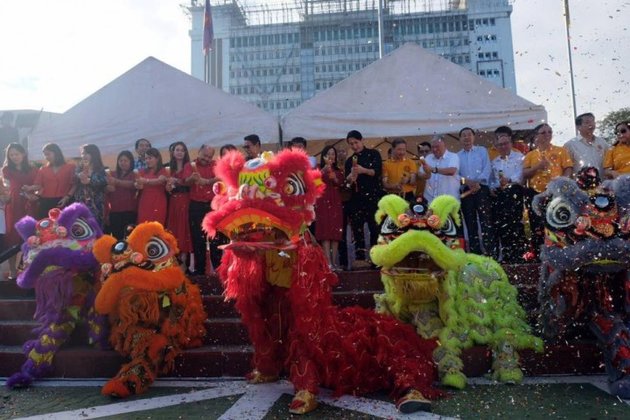 The Quezon City government will host the celebration to usher in the "Year of the Metal Rat" on January 26, starting 3 p.m. in Banawe, which is identified by feng shui experts as an "area of prosperity".

Among the activities lined up are the traditional dragon and lion dance performances, Chinese music and arts performances, and a wushu martial arts exhibition to highlight the rich Chinese culture. The city's very own Symphonic Band will also perform various musical renditions.

A Chinese deli food and trade bazaar and traditional Chinese cooking demonstrations will also be held as added attraction to spice up the festivities. Renowned Feng Shui Master Rev. Fr. Wong Seng Tian will also give his predictions for the Chinese New Year.

A fireworks display, followed by a grand concert of the Climax Band and singer Rico Blanco will cap the celebration.

In 2013, the Quezon City government installed two Chinatown arches at Banawe Street corner Quezon Avenue, designating the area as "Chinatown of Quezon City" and branding it as a world-class hub for the Chinese community.

Furthermore, the Quezon City government passed City Ordinance 2453-2015, formally designating the QC Chinatown in Banawe as one of its tourism districts, thus improving its accessibility, ensuring environmental sustainability, and enhancing its infrastructure and amenities. (PIA-NCR)