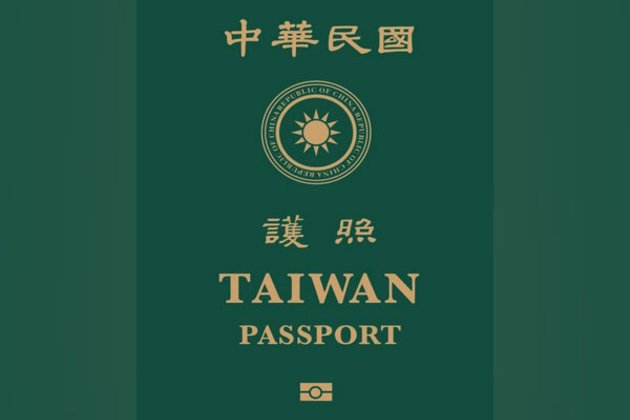 Taipei [Taiwan], October 10 (ANI): Amid China's growing aggressiveness, Taiwan has redesigned the cover of its passport, highlighting the words "Taiwan" and "passport", written in English.

The new design is intended to make identifying the citizenship of Taiwan passport holders easier, according to an official statement issued by its Ministry of Foreign Affairs. "The outbreak of the COVID-19 pandemic in January this year prompted the Legislative Yuan to pass a resolution in late July aimed at preventing holders of the Republic of China (Taiwan) passport from being mistaken for citizens of the People's Republic of China, which has impacted their rights and caused inconvenience when traveling abroad.""The resolution called on the executive branch to propose concrete measures to make the (word) "TAIWAN" more prominent on the ROC (Taiwan) passport so as to ensure the dignity of Taiwan nationals and facilitate their safe and convenient international travel," the statement read.

In the new passport, set to be issued from January 2021, the font size of the word "Taiwan" has been enlarged and positioned directly above the word "passport", making the words "TAIWAN PASSPORT" further identifiable, the ministry added.

The words "Republic of China" have been shrunk, making it hard to see in the first glimpse.

According to a report by Focus Taiwan, the word "Taiwan", positioned below the emblem on the new passport, has not only been made noticeably larger but also been repositioned. (ANI)