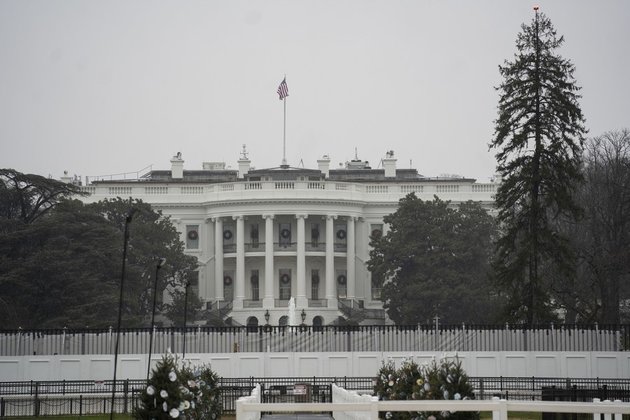 Cooperation is the most potent weapon to beat the virus, yet vaccine nationalism is undermining the world's collective drive to end the pandemic, exposing the selfishness and short-sightedness in Washington and some Western countries.

BEIJING, Dec. 30 (Xinhua) -- The United States, with its utterly self-dealing practice of vaccine nationalism, is diminishing the light at the end of the tunnel of the ravaging pandemic.

While countless people worldwide, particularly those highly vulnerable in developing and the least developed countries, are waiting anxiously to be vaccinated, the United States, along with some other rich countries, is trying to hoard as many vaccines as they can.

By pushing the poor and the needy away from vaccine access, Washington has flouted its international human rights obligations, evaded its due moral responsibility as the world's sole superpower, and ironically, missed the point of fighting the pandemic.

Viruses are the common enemy of the whole world. No one is safe until everyone is safe. An entire immunization in a restricted area or a single nation cannot exterminate the pathogen in all corners of the globe. On the contrary, it will only prolong the pandemic and explode the costs of the global battle against the virus.

In a latest report by Northeastern University, researchers said that monopolization of vaccines by wealthy nations could cause almost twice as many deaths as distributing them equally.

When supply is limited, the world should ensure vaccinating some people in all countries, rather than all people in some countries, as the World Health Organization (WHO) warned early in September.

Representatives of the Chinese American Federation (CAF) pose for a photo as they deliver donations to a store of Walgreens in Temple City, Los Angeles County, the United States, on April 7, 2020. (CAF/Handout via Xinhua)

Cooperation is the most potent weapon to beat the virus, yet vaccine nationalism is undermining the world's collective drive to end the pandemic, exposing the selfishness and short-sightedness in Washington and some Western countries.

The absence of effective and rigorous prevention and control measures explains why the pandemic is spiraling out of control in the United States. As of Tuesday, the country has recorded nearly 19.5 million cases with over 338,500 related deaths, according to Johns Hopkins University.

Instead of stockpiling vaccines, the United States should rather step up its own prevention measures while vaccinating its population.

Also, the United States needs to work more closely with the rest of the international community in producing and distributing vaccines so that the human race can get to the other side of the pandemic as early as possible.

China has always been supporting the idea. It has promised that China's COVID-19 vaccine will be a "global public good;" it has joined COVAX, a global initiative backed by the WHO, to ensure equitable distribution of vaccines; it has provided vaccines to Brazil, Indonesia, Egypt and some other countries, making unremitting efforts to realize the accessibility and affordability of vaccines in poor countries.

However, some Western media outlets groundlessly accused China of maneuvering "vaccine diplomacy," and engaging in a vaccine arms race.

China is indeed in a race, but not in a race for pure self-interest. It is racing against time to save not only its own people but also those in other parts of the world from the roaring and cunning virus.

"The world is only as strong as our weakest health system," WHO Director-General Tedros Adhanom Ghebreyesus once said.

Vaccine nationalism, if left unchecked, will only plunge the world's weakest health system down to its nadir. To vanquish the pathogen, all members of the world community should reject categorically this zero-sum mindset. After all, the spirit of humanitarianism can only be best served when no one is denied access to a life-saving vaccine despite the adverse circumstances they were born into or the measly amount of money in their pocket. ■