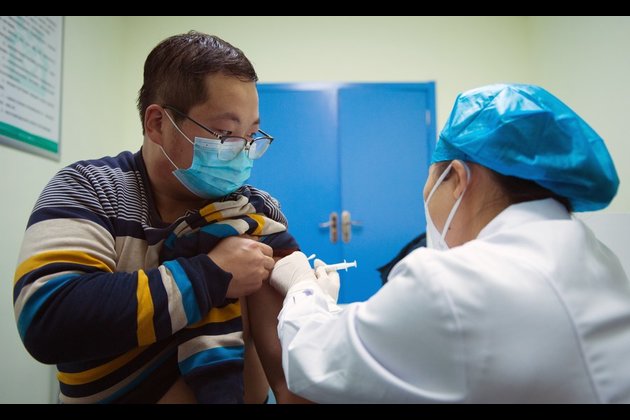 The efficacy rate, based on the interim results of phase-three clinical trials, means a step closer to victory over the virus and another V-shaped recovery, the "V" here standing for vaccine.

China is not racing against any other country to develop its COVID-19 vaccines, but against time. Safety and efficacy are the top priorities. In fact, no country can afford a hasty rollout of vaccines if speed or other considerations outweigh safety and effectiveness. China is not an exception. Be it epidemic control and prevention or the process of vaccine development, China has always put safety and efficacy first.

All research and development procedures are based on science and regulations and follow international norms, laws and regulations. That is why there have not been any severe adverse reactions since China approved the domestic emergency use of vaccines.

The efficacy rate released by the Beijing Biological Products Institute Co., Ltd. under the CNBG on Wednesday is in line with data released by some countries that have conducted phase-three clinical trials for vaccines from Chinese companies, proving the CNBG figure is reliable.

China has made the solemn and consistent commitment that once developed and deployed, its vaccines will be made global public goods and supplied to the world at fair, reasonable prices. China will also actively consider providing vaccines to developing countries through many means, including donations and assistance.

China is playing a responsible role in vaccine development and cooperation, and is contributing to the accessibility and affordability of vaccines. However, some Western critics have been looking at China's COVID-19 vaccine development through tinted glasses or with a presumption of guilt.

When China was still in the process of developing the COVID-19 vaccine, some had already begun to question its safety and efficacy. While China was in communication with the World Health Organization and other parties about joining COVAX, some jumped to the conclusion that it had failed to fulfill its international obligations as a major country. When China joined COVAX and started to provide vaccines to other countries, they criticized it as China's "vaccine diplomacy" aimed at expanding the country's political influence.

The purpose of China's vaccine development is not to politically influence any other country or seek a dominant role in the region. China has never interfered in internal affairs of other countries. It is reasonable that China wants other parties to follow the principle of mutual respect and equality while communicating about the development and allocation of vaccines. China has the right to protect its sovereignty, territorial integrity and security. Labeling such protection as "vaccine diplomacy" is unfair to China.

If there is something China wants to expand by sharing its vaccine, it is the spirit of cooperation regardless of race, religion or stage of development. If China's vaccine can be likened to a weapon, it is only a weapon against the virus, not an ideological tool or business model. Attempts to stigmatize or politicize China's vaccine development blatantly disrespect the country's scientists and health professionals.

The virus recognizes no borders and can only be defeated by cross-border vaccine cooperation. Such cooperation is required in the development, transportation, storage, allocation and use of vaccines. As China does not have huge samples for clinical trials, its phase-three trials were carried out overseas -- an excellent example of cross-border cooperation on vaccine development. In this case, sharing the results of China's vaccine development with the countries conducting those trials is also in line with the convention.

The release of the vaccine does not mean the virus will be eliminated right away. But it can be the start of the end of the battle against the pandemic. Whether the world can secure a victory in this battle depends on how well global communities trust vaccine development, and the faster the better.

The politicization of COVID-19 and the weaponization of vaccines are actions more dangerous than the virus itself. As China strives to build trust, stigmatizing its efforts is akin to stealing the right to health and life from vulnerable people. It will only delay the victory. ■