South America begins the process of vaccination against Covid-19 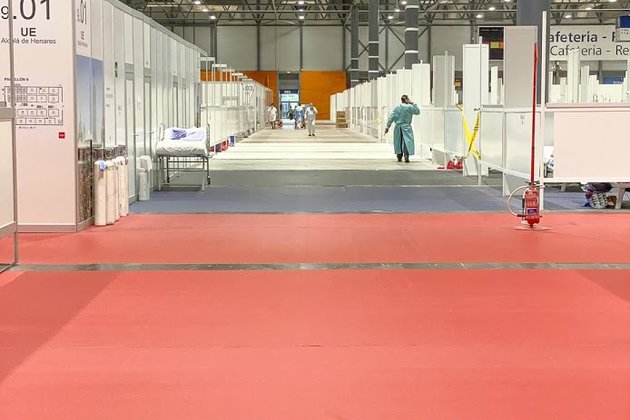 Before the end of the year there will be 11,700 new doses of Covid-19 vaccines from Pfizer-BioNTtech that are already being transported to Chile and will allow extending the vaccination process to various regions of the country, thus completing the first 20,000 doses applied in this 2020.

From January on -as reported by Chilean authorities- these shipments will continue to be received periodically and soon the same will happen with the Chinese formula of Sinovac.

The National Supply Center (Cenabast) formally started this week the procedure to bring to Chile the vaccine of the Chinese pharmaceutical company Sinovac, after requesting the Public Health Institute (ISP) the permit for its import and emergency use, which must be analyzed by the regulator.

Meanwhile, Argentina granted this Wednesday the emergency authorization for the vaccine developed by the AstraZeneca laboratory and Oxford University, hours after getting its approval in the United Kingdom, informed the National Administration of Drugs.

The product, for which Argentina has a manufacturing agreement, was registered in the registry of vaccines of health interest in emergencies for a period of one year, indicated that organism in its resolution.

The approval is given in the vaccination process started on Tuesday with the Russian vaccine Sputnik V, of which Argentina received a first batch of 300 thousand doses last Thursday. In total, the government of Alberto Fernandez contemplates acquiring about 51 million doses of different vaccines and has already participated in phase 3 of volunteer tests of Pfizer/BioNTech vaccine, as well as that of the Chinese group Sinopharm.

In Brazil, the Butantan Institute and the government of the state of Sao Paulo informed this Wednesday that CoronaVac, the vaccine developed in partnership with the Chinese company Sinovac Life Sciences, reached "a rate of effectiveness above the minimum" recommended by the World Health Organization (WHO) and, therefore, should have its registry authorized to immunize the population.

The institute, which has been developing the vaccine for just over six months, "sent the database of phase 3 clinical trials to Sinovac this Wednesday," said Sao Paulo Health Secretary Jean Gorinchteyn in a press conference. However, the exact result data will not be published until the Chinese pharmaceutical company consolidates the global results of the trials in all the countries where the vaccine has been tested.

In Brazil, the clinical trials were conducted in 16 research centers in different cities and involved about 13,000 volunteers. "We are very excited. This is a historic day for Brazilian science and a hope for Brazilians," Dimas Covas, director of the Butantan Institute, said at a press conference.

Being one of the regions most affected by the coronavirus, with a third of the dead and only 8% of the world population, it is estimated that Latin America needs about 700 million doses of anti-Covid vaccines.