Australia has difficulties in having economic relationship with China: Trade Minister Dan Tehan 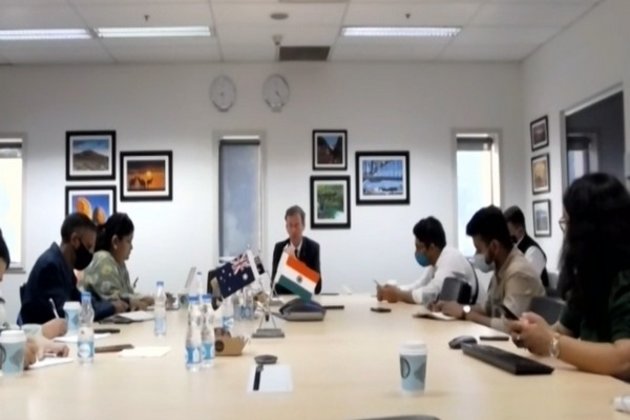 New Delhi [India], October 1 (ANI): Australian Trade Minister Dan Tehan on Friday said that Canberra is looking to diversify trading relationships given the fact that our country has some difficulties in keeping economic relationship with China.

"Australia currently has some difficulties in having economic relationship with China. They have been very well documented. It is one of the reasons why we have been looking to diversify our trading relationships," Dan Tehan said today.

Speaking over the Australia-China relationships, the Minister said "we obviously want to have a very constructive engagement with China but, we are also understanding the given difficulties that we are facing at the moment that there is an aid for us to diversify."Meanwhile, China has applied to join a key Asia-Pacific trade pact as it attempts to strengthen its position in the region. Its decision to join the Comprehensive and Progressive Agreement for Trans-Pacific Partnership (CPTPP) is seen as retaliation to counter the effect of the AUKUS alliance whose sole purpose is to deal with and tackle china's growing influence in the Asia- Pacific region.

This is in response to the historic AUKUS security alliance between UK, the US and Australia.

The AUKUS pact allows Australia to build nuclear-powered submarines using technology provided by the US and the UK. It also covers other technical areas such as artificial intelligence and is seen as Australia's biggest defense partnership deal in decades.

Talking about the discussion between himself and the Union Commerce and Industry Minister Piyush Goyal, he told that both the Ministers have recognized the same ground regarding the economic partnership.

"But the focus of the discussion between myself and Minister Goyal was very matched on the economic partnership between Australia and India. Both of us recognised that there is a lot more than we can to regards economic partnership," he said while considering to diversify economic ties with other countries.

This comes a day after India and Australia launched the resumption of negotiations on the Comprehensive Economic Cooperation Agreement (CECA). Both have agreed to an exchange offers by the end of October, an interim agreement by Christmas and a full agreement by the end of 2022. (ANI)