No shortage of DAP, urea, other fertilisers in Karnataka: Union Minister 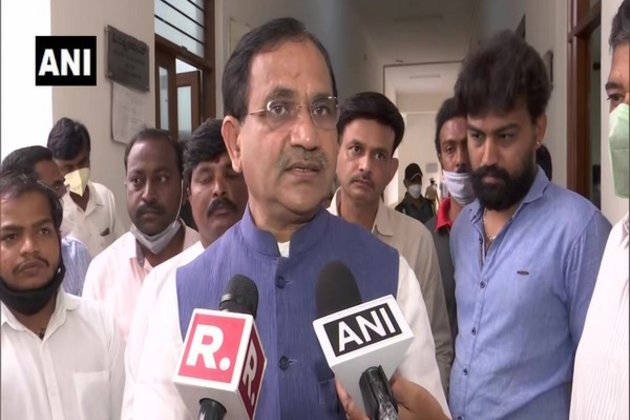 Bengaluru (Karnataka) [India], October 27 (ANI): Union Minister of State for Chemicals and Fertilisers Bhagwanth Khuba on Wednesday asserted that there is no shortage of Diammonium phosphate (DAP), urea and other fertilisers in Karnataka.

"Despite some disturbances in the international market, the Government of India has arranged the required quantity of Diammonium phosphate (DAP) fertiliser. Farmers do not need to worry about it... There is no shortage of DAP, urea and other fertilisers in Karnataka," Khuba told mediapersons.

"Complex fertiliser use has been increasing in Maharashtra, Madhya Pradesh and parts of Karnataka in the last two years. Farmers in the state will benefit if they adopt it increasing production from complex fertilizer rather than Diammonium phosphate (DAP). That is why the government is recommending the purchase of complex manure instead of DAP," he added.

Earlier this month, Union Minister for Chemical and Fertiliser Mansukh Mandaviya announced that the Centre increased subsidy on fertilisers to benefit farmers so as to enable them to purchase fertilisers at the same rate despite the hike in their prices in the international market.

There were reports that farmers in Karnataka had been facing a shortage of DAP and Muriate of Potash (MoP) in the rabi season. Following this, Chief Minister Basavaraj Bommai held a meeting with Mansukh Mandaviya in Delhi with a request for an additional supply of the fertilisers to Karnataka. (ANI)