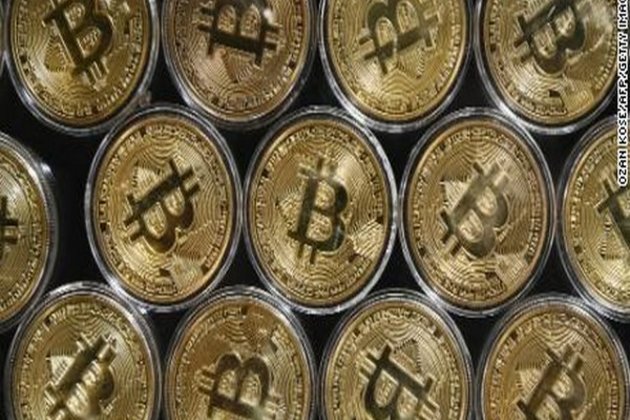 New Delhi [India], December 4 (ANI): The bill concerning cryptocurrency is among the most keenly awaited new bills to be introduced in the winter session of parliament with the government intending to create a facilitative framework for the creation of the official digital currency to be issued by the Reserve Bank of India.

Issues concerning cryptocurrency have figured in questions by members in the first week of the winter session and Finance Minister Nirmala Sitharaman has talked about the government improving on the bill planned for introduction earlier.

As indicated by the government, the Cryptocurrency and Regulation of Official Digital Currency Bill, 2021, will seek to prohibit all private cryptocurrencies in India while allowing "for certain exceptions to promote the underlying technology of cryptocurrency and its uses".

Prime Minister Narendra Modi had last month chaired a comprehensive meeting on the way forward for cryptocurrency and related issues which was also an outcome of a consultative process with RBI, Finance Ministry, Home Ministry having done an elaborate exercise on it in which they consulted experts from across the country and the world.

The meeting felt that attempts to mislead the youth through over-promising, non-transparent advertising be stopped and unregulated crypto markets cannot be allowed to become avenues for money laundering and terror financing.

The meeting noted that cryptocurrency is an evolving technology and the government will keep a close watch and take proactive steps.

According to sources, there was a consensus that the steps taken by the government in this field will be "progressive and forward-looking" and that it will continue to proactively engage with the experts and other stakeholders.

The issue cuts across individual countries' borders and requires global partnerships and collective strategies. Nirmala Sitharaman also on Friday talked about the need for collective global action to regulate the constantly evolving technology including cryptocurrencies and technology-driven payment systems.

"The regulation both executive and legislative only does catching up with technology. They can never be on top of it because technology is constantly evolving and changing. To regulate it, will have to be a collective effort," she said in a panel discussion on 'FinTech for an inclusive growth across the globe' at the Infinity Forum.

Answering questions in Rajya Sabha earlier this week related to cryptocurrency, Sitharaman had said "awareness-building attempts have been made to say that this is a risky area and that the people who are going in there be conscious as to what they are doing".

She also said the government has reworked the bill, which it had intended to bring earlier.

"That bill has been reworked and is now coming as a new bill. So, the intent was either we improve that bill or come with a bill that is far more recent. Once the Cabinet clears the bill, it will come into the house. About misleading ads and banning ads, Guidelines of Advertising Standards Council of India are being studied and regulations that they have are all being looked into so that, if necessary, we can take some kind of decision to say how we are going to handle this," she said.

Santosh Parashar, a research scholar who gave his recommendations concerning virtual currency to the Parliamentary Standing Committee on Finance, said that the bill is likely to have taxation rules on income from cryptos.

He said that the recent disclosure requirement as per schedule 3 of MCA-21 regarding cryptos in the compliances under Companies Act, 2013 does not fully meet the objective of the government, therefore, the present registrations of all crypto-trading exchange entities should be revoked especially if they are non-complaint to regulatory requirements of financial intermediation.

He suggested that accounts of crypto exchanges should be "freezed immediately to protect the investors' money".

A toll-free helpline number specific to handle queries and receive complaints of investors should be widely circulated across the country, he suggested.

Referring to various suggestions including treating cryptocurrencies as currencies or commodities or digital assets, he suggested that ICAI should be entrusted to come out with accounting standards for valuation or re-valuation.

Crypto exchanges see hope in the bill's stated intention to "promote the underlying technology of cryptocurrency and its uses".

Shivam Thakral, CEO, BuyUcoin, said they have supported the classification of cryptocurrency as an asset class, similar to gold, stocks, and real estate.

"It will be interesting to see the timeline and manner in which the crypto bill is implemented across the diverse crypto industry in India," he said.

During the meeting on cryptos convened by the Parliamentary Standing Committee on Finance last month, stakeholders had reportedly come to the conclusion that cryptocurrency "cannot be stopped" but has to be "regulated.

The government had earlier formed an inter-ministerial committee on virtual currencies that submitted its report along with a draft bill in 2019.

The Cryptocurrency and Regulation of Official Digital Currency Bill, 2021 is among 26 new bills on the agenda of the government in the winter session of parliament that began on November 29. (ANI)