Brewing a storm in a teacup 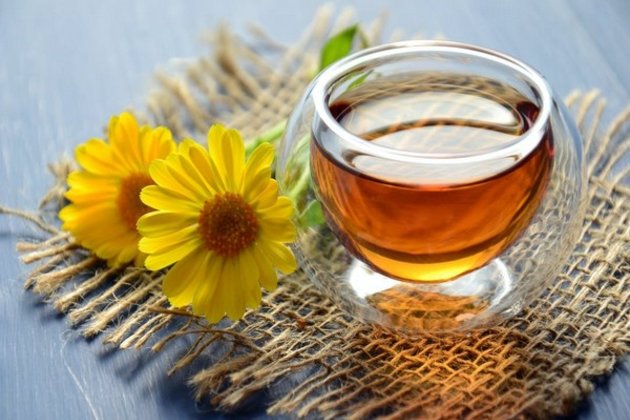 By Pushpesh PantNew Delhi [India], May 13 (ANI): It would not be an exaggeration to say that it was tea that spawned the British Empire. To pay for Chinese tea, the British grew opium and exported it to China and till they started growing tea in India and Ceylon (Sri Lanka), they depended on the Chinese produce using force to secure its supply.

The history of forestry tells a multi-layered tale of the growing requirement of wood for tea chests and railway sleepers. With the passage of time, Darjeeling became the Champagne of teas and teas from Assam, Ceylon carved a niche for themselves. Nilgiri, Kangra and Kumaon till recently were unknown except for the minuscule minority of tea aficionados.

Colonial rituals like High Tea, with the paraphernalia of Silver Service, fine bone porcelain translucent Chinaware were an integral part of life during the Raj. We in India forgot that the Asians have for centuries observed tea rites like the elaborate Tea Ceremony in Japan. Japanese prefer Chrysanthemum Tea while the Chinese sip Jasmine tea from small bowls throughout the multi-course meal. In the Valley of Kashmir hot cups of Kahwa prepared in a Samovar were relished at the end of the meal. Nun Chai and Pink Tea were paired with breakfast breads.

Then dawned the ugly age of CTC and Tea Bags that dealt a mortal blow to the gentle art of brewing a decent cup of tea. 'Two Leaves and a Bud' was recalled by students of Indo-Anglian Literature as a novel by Mulk Raj Anand.

Then came Floral Tea infusions from Dilmah company in Sri Lanka and following in its footsteps Rhododendron and Roselle infusions produced in Panghut in Uttarakhand. It is the paring of teas with food that has highlighted the diversity of teas.

Decades back, if memory serves us right, it was Sanjay Kapoor who had opened Apki Pasand in Daryaganj to introduce the residents of Delhi to the joys of well-brewed tea. He had also launched his own blends labelled Swan Lake and Jade.

But he was a visionary far ahead of the time. It would be more than a generation for Chai to take on the wine snobs.

Those who pair teas with food use the same terminology as wine sommeliers -Body, Bouquet, Aroma, Flavour. They also tell us that different kinds of teas are either congruent or complementary. Don't let the jargon deter you- it simply means that either the tea chosen enhances the taste of food or adds to its elements that enrich its inherent flavour. What the Indian Tea sommeliers agree upon is that pairing tea with Indian cuisines is far more challenging than pairing it with wester dishes as the spicing and flavour profile of Indian delicacies is far more complex.

Payalh Agarwwal was born and brought up in Munloong a small village near Darjiling and claims with an impish smile that she has more tea than blood flowing in her veins. In the same breath, she adds disarmingly that no one in seven generations in her family has had anything to do with tea.

She started as an undergraduate in the tea business and has pioneering work in tea pairing that is widely recognised and has helped us become an alum of IIMB. Everyone is born with a purpose in life and in her case teas have helped her realise what she was meant to do.

Fariyal was born in Bangladesh and wears many hats. She is a fantastic cook, outstanding baker, a gifted designer and now runs Planterie--a small gem-like tea boutique in the Capital's Aurobindo Place trendy market catering to residents of Hauz Khas and SDA. Step into this tiny parlour and yield to the allure of wild teas and fascinating blends and infusions that blend tea with bhoot jholakiya chilli or time tested turmeric and ginger. The chique tea house beats the Chai Khana of yore.

Dipankar was a senior management executive in a multinational company when he decided to what's heart called for. He left the metropolis to set up Beyonderie a company in a village near Guwahati that brings together produce from sister states in the northeast to enhance the seduction of exceptional teas that can be enjoyed by connoisseurs and also paired with Indian foods.

The storm brewing in the teacup is not confined to Metros. Rakesh Mishra in Allahabad has built a fairytale-like tea house to initiate his friends to the joys of legendary single-origin teal like Makai Bari. The words 'second flush muscatel' encountered by chance a couple of years ago fired his imagination and started him on this exhilarating journey.

The Tea Typhoon or, shall we say the surging Tea Tempest is not likely to subside soon. May its pairing with Indian food add another arrow to India's soft power quiver.

Disclaimer: The views expressed in the above article are that of the writer and do not reflect that of ANI. (ANI)