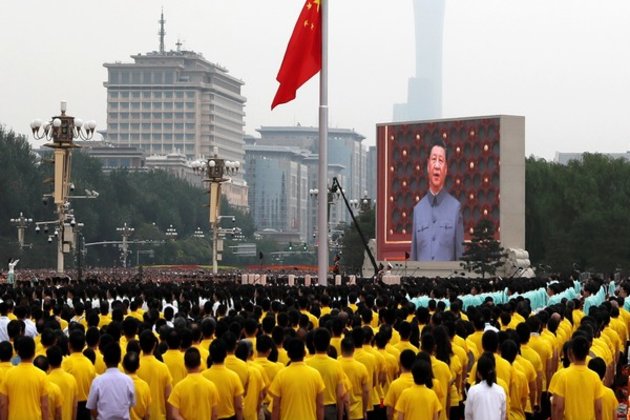 Beijing [China], May 14 (ANI): Mulling China's claim of no gender-based discrimination in the workplace and providing equal opportunity to all, two government-controlled media sites took around a month to reject Beijing's annual work report in March 2022.

US-China Economic and Security Review Commission in a report said that women have limited representation and voice across the top echelons of China's political system.

According to United Nations data from 2021, China's population comprises approximately 703.8 million females and 740.4 million males. Although they represent roughly 48.7 per cent of the population, women occupy less than 8 per cent of senior leadership positions.

On April 12 this year, the Chinese Communist Youth League's Central Committee released a contentious tweet on its social media account. Some female social media users were labelled "radical feminists" by the Communist Party youth wing for questioning its propaganda photo choices of various historical events, according to Inside Over.

However, the public reacted negatively to the claims made by the Chinese Communist Youth League. The group deleted the comments on its social media account after receiving over 270,000 on the contentious post.

"In 2016, the Chinese military's media publication, People's Liberation Army Daily, honoured more than 2,000 female soldiers who fought in the Red Army. The Chinese media praised women for playing important roles in the Chinese central government in 2009," Inside Over reported.

"Li Huacheng, a provincial legislator from Hubei province, on the prospect of pushing people to have more children through media restriction and criminalising abortion services in a news piece about China's low birth rate" the CPPCC Daily reported, according to Inside Over.

Women make up almost half of China's 1.4 billion population. Of the approximately 92 million CCP members, there are about 28 million women or roughly 30 per cent of the CCP's total. Further, the report said women have limited representation and voice across the top echelons of China's political system.

Female representation in key government roles such as ministries and provincial governorships is also extremely low.

The percentage of People's Liberation Army (PLA) servicemembers who are female is not publicly available, but China Military Online, an official publication of the PLA, estimated in 2015 that approximately 5 per cent or less are women.

Currently, no women hold senior command or political commissar positions. The highest rank a woman in the PLA has ever achieved is Lieutenant General, with one woman promoted to Lieutenant General in 1993 and a second in 2010. (ANI)