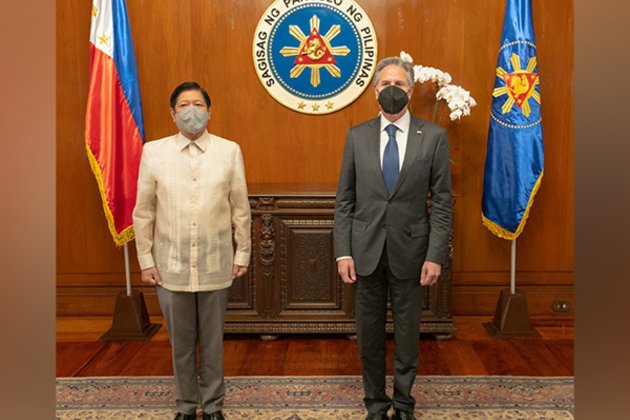 Washington [US], August 6 (ANI): US Secretary of State Antony Blinken said on Saturday that Beijing's escalatory military manoeuvres are disproportionate to the "peaceful visit" of House Speaker Nancy Pelosi to Taiwan.

"The total disproportion between a peaceful visit on the one hand, and escalatory military manoeuvres on the other, I think it is very clear and very clear to countries throughout the region," Blinken was quoted as saying by Sputnik during a press conference in the Philippines.

The top US diplomat said China's disagreements with Taiwan must be resolved peacefully.

On Tuesday, Pelosi visited Taipei while on an Asia tour despite warnings from China, which considers Taiwan part of its territory and opposes any direct official foreign contacts with the island.

She is the highest-ranking US official to visit Taiwan in 25 years. The visit became a new point of tension in US-China relations in the Taiwan Strait. Washington does not officially recognize Taiwan's independence.

The visit triggered a new round of tension in the Taiwan Strait. In addition to the launch of military exercises this week, Beijing has imposed sanctions against two Taiwanese foundations for separatist activities, suspended the export of natural sand to the island and the import of citrus fruits, as well as some types of fish products from Taiwan.

The Chinese foreign ministry said that Washington and Taipei are yet to face all the negative consequences of the visit, which Beijing has opposed for several months. (ANI)