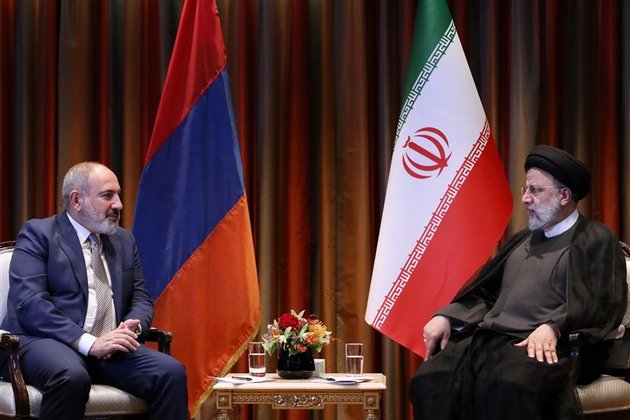 President Raisi held a meeting with Prime Minister of Armenia Nikol Pashinyan on the sidelines of the UN General Assembly in New York on Thursday.

"The Islamic Republic of Iran emphasizes on protecting mutual and international borders and respecting other countries' sovereignty, as well as preventing any kind of change in region's political geography," Raisi underlined.

He also noted that negotiation and dialogue are the only ways out of the crisis between the Republic of Azerbaijan and Armenia, adding, "As we stressed in the Shanghai Summit, the region cannot tolerate a new war."

Raisi called the borders between Iran and Armenia as historical and said, "Protecting these important, strategic borders is important for political and economic cooperation."

For his part, the Armenian prime minister said, "We will protect our entire land and territories and stand against any conspiracy aimed at separating Iran and Armenia."