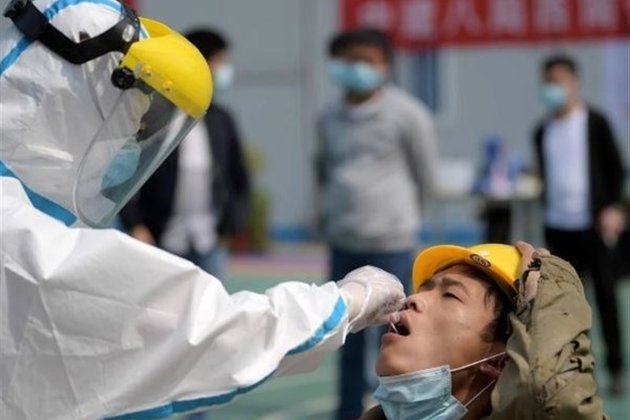 The resurgence of infections, nearly three years after the pandemic emerged in the central city of Wuhan, casts doubt on investor hopes for China to ease its rigid zero-COVID policy soon, despite recent more targeted measures, Reuters reported.

The curbs are taking a toll on locked-down residents as well as output at factories, including the world's biggest iPhone plant, which has been rocked by clashes between workers and security personnel in a rare show of dissent.

"How many people have the savings to support them if things continually stay halted?" asked a 40-year-old Beijing man surnamed Wang who is a manager at a foreign firm.

"And even if you have money to stay at home everyday, that's not true living."

The streets of Chaoyang, the capital's most populous district, have been increasingly empty this week.

Sanlitun, a high-end shopping area, was nearly silent on Thursday but for the whirring of the e-bikes of delivery riders ferrying meals for those working from home.

Brokerage Nomura cut its China GDP forecast for the fourth quarter to 2.4% year-over-year from 2.8%, and cut its forecast for full-year growth to 2.8% from 2.9%, which is far short of China's official target of about 5.5% this year.

"We believe re-opening is still likely to be a prolonged process with high costs," Nomura wrote, also lowering its China GDP growth forecast for next year to 4.0% from 4.3%.

China's leadership has stuck by zero-COVID, a signature policy of President Xi Jinping, even as much of the world tries to co-exist with the virus, saying it is needed to save lives and prevent the medical system from being overwhelmed.

Acknowledging pressure on the economy, the cabinet said China would use timely cuts in bank cash reserves and other monetary policy tools to ensure sufficient liquidity, state media said on Wednesday, a hint that a cut in the reserve requirement ratio (RRR) may come soon.

China stocks fell on Thursday, as concerns over record-high domestic daily COVID-19 cases overshadowed optimism from fresh economic stimulus, and missing out on a rise in global stocks to two-month highs.

Wednesday's 31,444 new local COVID-19 infections broke a record set on April 13, when the commercial hub of Shanghai was crippled by a city-wide lockdown of its 25 million residents that would last two months.

This time, however, big outbreaks are numerous and far-flung, with the biggest in the southern city of Guangzhou and southwestern Chongqing, although hundreds of new infections are reported daily in cities such as Chengdu, Jinan, Lanzhou and Xian.

Nomura estimates that more than a fifth of China's GDP is under lockdown, a share bigger than the British economy.

"Shanghai-style full lockdowns could be avoided, but they might be replaced by more frequent partial lockdowns in a rising number of cities due to surging COVID case numbers," its analysts wrote.

While official case tallies are low by global standards, China tries to stamp out every infection chain, a tougher challenge as China faces its first winter battling the highly contagious Omicron variant.

China recently began loosening some norms on mass tests and quarantine, as it looks to avoid catch-all measures such as city-wide lockdowns.

Instead, cities have been using more localised and often unannounced lockdowns. Many people in Beijing said they recently received notices about three-day lockdowns of their housing compounds.

The far northeastern city of Harbin announced lockdowns of some areas on Thursday.

Many cities have returned to mass testing, which China had hoped to cut back as costs rise. Others, including Beijing, Shanghai and the Hainan island resort city of Sanya, have limited movements of recent arrivals.

The central city of Zhengzhou, where workers at the massive Foxconn (2317.TW) factory that makes iPhones for Apple Inc (AAPL.O) staged protests, announced five days of mass testing in eight districts, becoming the latest to revive daily tests for millions of residents.

A sharper than expected slowdown in China, which is hurting domestic demand in particular, would reverberate across countries including Japan, South Korea and Australia, which export hundreds of billions of dollars worth of products and commodities to the world's second largest economy.

Sydney [Australia], December 8 (ANI): Josh Hazlewood's participation in the opening game of the series against South Africa is in ...