China blasts US for 'coercive diplomacy' 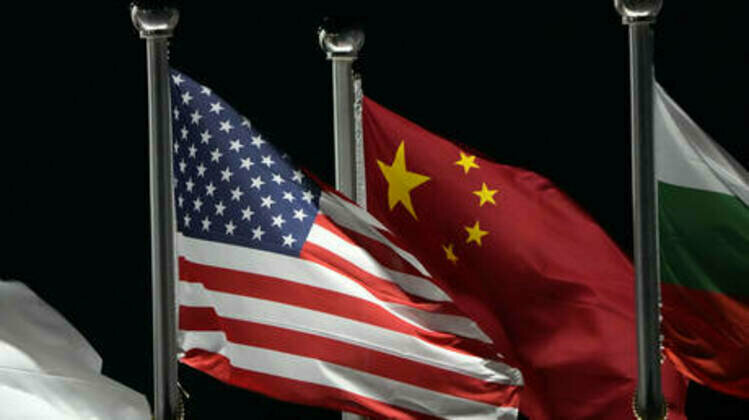 China has called on the United States to drop its "coercive diplomacy" after a senior US official suggested Beijing poses a threat to the "rules-based international order," pointing out Washington's long history of aggressive foreign policies.

Speaking during a Friday press briefing, Chinese Foreign Ministry spokesman Zhao Lijian was asked to respond after US Secretary of State Antony Blinken declared that Beijing poses a "systemic challenge" to the NATO bloc and "areas relevant to alliance security."

"The US' comments are not based on facts and reflect the entrenched Cold War mentality and ideological bias," Zhao said, adding that Washington is the "the origin and expert of coercive diplomacy," which ranges from "the threat of force to political isolation, from economic sanction to technological blockade."

Blinken's comments came during the last major NATO summit in Bucharest, Romania earlier this week, where the US-led military alliance largely focused on the conflict in Ukraine. However, with American officials frequently labeling China as Washington's top competitor, Beijing also came up at the meeting.

Though Blinken insisted the US is open to "constructive dialogue" with China and is not seeking a "new Cold War," he said the NATO alliance is "concerned by the [People's Republic of China's] coercive policies, by its use of disinformation, by its rapid, opaque military buildup, including its cooperation with Russia." The diplomat noted that NATO members previously agreed that China's "assertive behavior" poses a threat to the "rules-based international order."

Zhao shot back that it is the United States, not China, that "resorts to wanton use of force to stir up trouble across the world," observing that US military spending outpaces the next nine countries combined.

"Throughout its nearly 250 years of history, the US was not at war for only 16 years. It runs more than 800 overseas military bases," the spokesman continued. "Its military operations in countries like Iraq, Afghanistan and Libya have led to innumerable humanitarian tragedies... It is all too clear who has been undermining international and regional security and stability."

The last year has seen a significant spike in tensions between Washington and the People's Republic, as US President Joe Biden has continued many of his predecessor's more hostile policies since taking office, including regular military deployments in the South and East China Seas. A high-profile trip to Taiwan by US House Speaker Nancy Pelosi earlier this year also triggered condemnations and days of massive military drills by Beijing - which considers the island part of its sovereign territory - further deteriorating relations between the two powers.