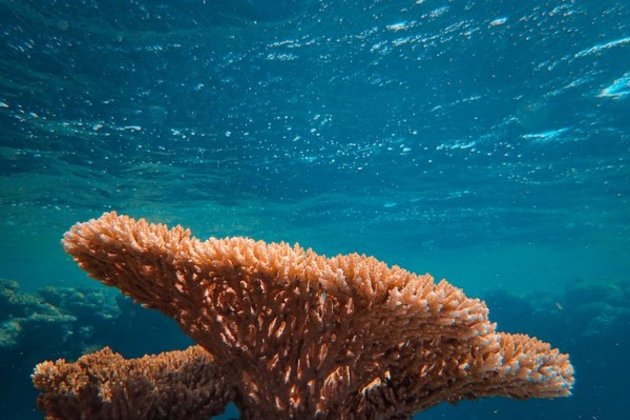 Washington [US], December 8 (ANI): A new study led by researchers from Bigelow Laboratory for Ocean Sciences suggests that a small fraction of marine microorganisms are responsible for most of the consumption of oxygen and release of carbon dioxide in the ocean. This surprising discovery, published in Nature, came from a new method that provides unprecedented insight into these organisms that help govern complex carbon dioxide exchange between the atmosphere and ocean.

Thirteen researchers from Bigelow Laboratory, University of Vienna, Spanish Institute of Oceanography, and Purdue University co-authored the study that examined marine microbes called prokaryoplankton, a vast group of bacteria and archaea that constitute more than 90 percent of the cells in the ocean. The team found that less than three percent of prokaryoplankton cells accounted for up to a third of all oxygen consumed by the group.

"This has big implications for our understanding of how carbon cycles in the ocean work," said co-lead author Jacob Munson-McGee, a postdoctoral scientist at Bigelow Laboratory. "If these processes are dominated by a small fraction of microbes, that is a major shift from how we currently think of this foundational ocean process."Prokaryoplankton use organic matter to generate energy through a process called cellular respiration, which consumes oxygen and releases carbon dioxide. To estimate how much marine microbes respire, researchers have typically divided the sum of their respiration by the number of microbes. However, this approach does not account for the overwhelmingly diverse types of organisms that comprise marine prokaryoplankton, each of which may function differently. The new study sheds light on some of these differences and raises new questions.

"We see a thousandfold difference from one type of microbe to another," said Senior Research Scientist Ramunas Stepanauskas, who led the project. "The confusing part is that the microbes that consume most of the oxygen and release most of the carbon dioxide are not the dominant ones in the oceans. Somehow the organisms that don't respire much are more successful, and that's quite puzzling."The team thinks that the most prolific prokaryoplankton may draw energy from sunlight, which would help explain their abundance in open ocean ecosystems.

To understand these single-celled organisms, the team developed a new method to link the functions and genetic codes of individual cells. An organism's genes are the blueprint for what it is capable of -- not necessarily what it does. By connecting a cell's functions and genes, researchers gained insights into the microbes' unique environmental roles.

The new method uses fluorescent probes to observe what prokaryoplankton are actually doing. Researchers applied a probe to the microbes that stained them based on their activity. The more they respired, the brighter they became. They then measured this fluorescent signal and used it to sort the cells for subsequent genetic analysis.

For the Nature study, the scientists applied the technique to prokaryoplankton from the Gulf of Maine, as well as several locations in the Atlantic Ocean, Pacific Ocean, and Mediterranean Sea.

"When I think about what this new method can do, it's pretty exciting," said Postdoctoral Scientist Melody Lindsay, who helped lead the development of the technique and is co-lead author of the new paper. "It allows us to ask detailed questions at an incredibly sensitive level. We can use it to see what single-celled organisms are capable of and even use it to explore life in understudied places like the deep sea or potentially on other planets."There are billions of prokaryoplankton cells in each gallon of seawater, representing millions of species in the ocean that have yet to be thoroughly studied. This research could help power computer models that need accurate information on the role of microorganisms in global carbon processes, including climate change.

"I'm constantly amazed by how diverse microbes are," said Munson-McGee. "The scientific community has known for a while that microbes are incredibly genetically distinct, but we are just starting to scratch the surface of understanding the complexity of their actual functions. It's another reminder of just how remarkable microbes are." (ANI)