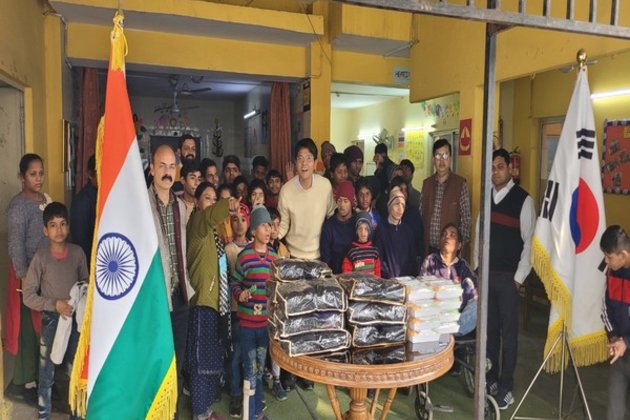 Hwang Il Yong, Director Korean Cultural Centre India, in the press release said that the event was planned with the intention of introducing Korean 'Seol' culture of sharing rice cakes with marginalised neighbours.

In the press release issued by Korean Culture Centre India, Hwang Il Yong stated, "This event was planned and executed with the intention of introducing Korean 'Seol' culture of sharing rice cakes with marginalized neighbours while celebrating Indian Republic Day at 2023 which is the year of the 50th anniversary of diplomatic ties between Korea and India."Hwang Il Yong further said that the hearts of Indian local people, especially the marginalized neighbours who require warm attention and love will be warmed with new hopes in the new year through gifts of Korean rice cakes.

Hwang Il Yong further stated, "I wish that the hearts of Indian local people, especially the marginalized neighbours who need more warm attention and love, will be warmed with new hopes in the New Year through this small gift of Korean rice cakes symbolizing the Indian flag in colour," according to the press release.

According to the MEA statement, India and South Korea also agreed to deepen cooperation in areas, including trade and investment, security and defence, science and technology, as well as, cultural and people-to-people exchanges. The two sides agreed to work to make global supply chains more resilient and robust. (ANI)