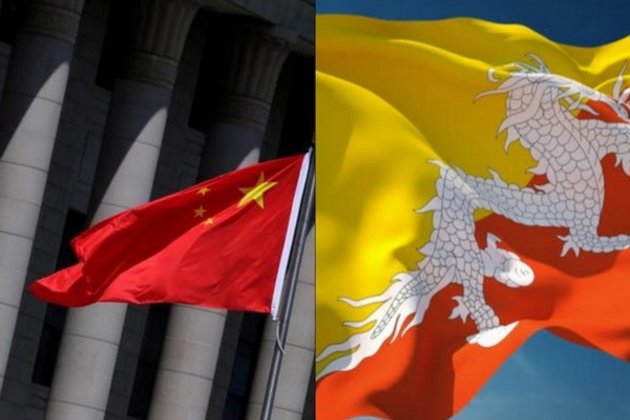 Thimphu [Bhutan], January 25 (ANI): China, despite its promises of attempting to settle border disputes with Bhutan, has been infesting settlements of villages across the disputed regions, Kathmandu-based online magazine Epardafas reported.

According to recent reports, China has brought up around 200 structures in the region with more constructions underway.

In a Memorandum of Understanding signed with Bhutan in October 2021, China expressed its inclination to settle its dispute with Bhutan through the 'Roadmap for Expediting the Bhutan-China Boundary Negotiations' (Three-Step-Roadmap).

According to Epardafas, the deal, which is also known as the 3-step road map, laid down the process for speeding up negotiation talks, and the agreement was recently reiterated by both sides as a 'positive consensuses to push forward the implementation of the agreement for expediting negotiations to settle their border disputes.

China, however, has still been infesting villages across Bhutan.

China has for decades claimed a significant amount of territory on Bhutan's land. On Bhutan's northern side, Pasamlung and Jakarlung valleys are regions China has laid its claim over. For Bhutan, these regions withhold great cultural significance.

The western front regions including Doklam, Yak Chu, Sinchulungpa and Langmarpo valleys are amongst the few that are under dispute between the two countries, Epardafas reported.

Epardafas recently reported that China's act of flaring up territorial disputes could be the means to 'punish' Bhutan for aligning with India as Beijing assumed that New Delhi's dominance and control influence Thimphu's foreign policy for their country.

China and Bhutan used to share a good relationship but since Beijing invaded Tibet in 1949, the relationship has been strained. And the Chinese leader Mao Zedong's claim over Bhutan as their territory worsened the situation. China's new maps of 1954 and 1958 and the illegal occupation of 300 square miles of Bhutanese territory further aggravated the apprehensions about Chinese designs on Bhutan.

During that period, India came forward and helped by deploying its Military Training Team (IMTRAT) in Bhutan to train the Bhutanese security forces in 1961. Since then it has been providing security for the country.

The bilateral ties between Bhutan and India are mutually beneficial. India has provided significant assistance in wide-ranging areas including hydropower, trade, education, and socio-economic development, epardafas.com reported. And India has been a market for Bhutan's exports providing its revenue by consuming hydroelectricity, semi-finished products, ferrosilicon, and dolomite. (ANI)