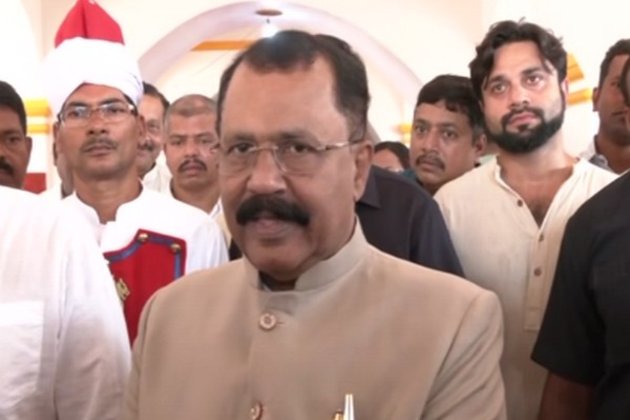 Panjim, Goa [India], January 25 (ANI): Goa Governor PS Sreedharan Pillai on Wednesday extended his greetings and warm wishes to the people of Goa on the occasion of the 74th Republic day.

In his message, the Governor said, "On this day, in 1950, India was established as the largest democratic republic and 'we the People' put into effect a Constitution that is an inspired document of our collective vision. The diversity and vibrancy of our democracy are appreciated worldwide. It is this spirit of unity and of being one nation that is celebrated every year as Republic Day."The Governor further added "The Constitution of India was enacted and adopted by the Constitution Assembly on November 26, 1949, which we now celebrate as Constitution Day. But it was made effective two months later. This was done to mark that day in 1930 when India resolved to win complete freedom. From 1930 to 1947, every year '26 January" was celebrated as 'Purna Swaraj Day', and that was the day chosen to put the Constitution into force.""As we gather here today to celebrate the Republic Day of our country, let us also take a moment to remember the great freedom fighters who showed incomparable courage in their pursuit of the dream of Swaraj and fired up the people to fight for it," the Governor added.

As you all know that the socio-economic indicators of the State as compared to other states of the country are very impressive. Goa has the highest estimated per capita income in the country, portraying a vigorous and healthy economy, the message stated.

Goa has been selected for hosting some of the events of the G20 Summit. The event in the State which is the most preferred tourist destination in the country will provide a major boost to the State's economy, thereby handing an opportunity to showcase the branding of Goa products on an international platform. (ANI)