AGAM: Opportunities of Investments in the Agricultural Markets 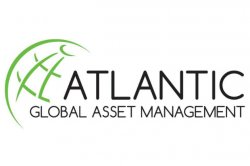 Atlantic Global Asset Management Fund has discussed opportunities of investments in the agricultural markets of Africa with Chinese businessmen.

The 60% of suitable for agriculture African land is not cultivated, and the population is almost completely unemployed.

It was China that opened new horizons during the last several years to become the largest investor in Africa. Nowadays, China annually invests dozens of billions of dollars in African countries (especially in the agricultural market).

Huge investments in Africa has started to pay off and give incredibly high income compared to other sustainable regions. It was clear from the outset that Africa is developing rapidly, providing a wide range of financial opportunities.

Atlantic Global Asset Management Investment Fund entered the African market in the autumn of last year, which was repeatedly covered by the media of several countries of the continent. The AGAM management was successful in establishing contacts with local businesses, which helped outline the most profitable investment projects. Results achieved: several millions of USD have been invested in the development of agriculture of North Africa.

Earlier this year, the Fund's management, being on the constant lookout for profitable investment projects, has hosted a number of meetings with Chinese investors operating in the African agricultural market. As a result, several fundamental and mutual agreements on cooperation in this promising area have been concluded.

There is no question that this region has a great potential, and it will only increase in the coming years, Antonino Vieira Robalo, president of the Atlantic Global Asset Management said Friday. Therefore, it is important now to secure a foothold in the African market. We are willing to become a bridge between Africa and China, not just to make profit for our investors, but also to make this beautiful continent rich and prosperous.

Thanks to Chinese partners and the agreements reached, the AGAM investors' funds would soon be used for development of the African agricultural market. They believe that their cooperation with the companies and foundations of the People's Republic of China, having considerable working experience in Africa, will help them secure investments and launch the most profitable large-scale projects.

The Story of Temple Drake